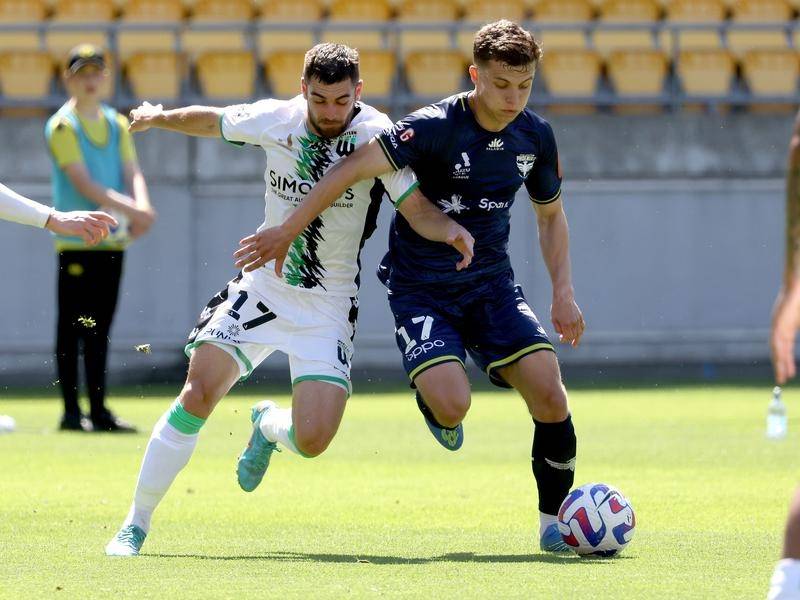 Veteran stars Aleksandar Prijovic and Alessandro Diamanti have turned despair into jubilation for Western United by lifting them to a 3-2 come-from-behind win over Wellington in the A-League Men.

Staring down the barrel of a fifth defeat in six games, coach John Aloisi’s move to throw his experienced duo on late proved a masterstroke as they struck twice in the dying stages to turn a 2-1 deficit into a 3-2 away win on Sunday.

“It was never a question for me that we were going to win this game,” Prijovic told Sky Sports post-game. “From the first moment, I believed in the victory.

“We worked hard for it.”

Goals from Oskar Zawada and Bozhidar Kraev had looked like being enough to see off Jacob Tratt’s response and ensure the Phoenix would be winners as the ALM headed into a four-week World Cup intermission.

But Prijovic’s 84th-minute header and a sublime 95th-minute free-kick from Diamanti turned the game on its head and left Wellington ruing a first-half penalty miss from Kosta Barbarouses.

The win lifts United off the bottom of the table heading into the World Cup break and they will take heart from the prospect of Prijovic, who made his first appearance on the season, and Diamanti playing greater roles when the season resumes.

The result was a remarkable turnaround for United, who struggled to lay a glove on their foes in the first half.

Phoenix’s control during the first 45 was rewarded when a pass from Kraev deflected for an open Zawada to finish for the Polish import’s first ALM goal.

Phoenix should have doubled their advantage from the spot in the 38th minute only for Barbarouses’ effort to be strongly saved by Jamie Young.

Nonetheless, when Krev laced in a shot that took multiple deflections and gave Young no chance in the 58th, the win looked secure.

But when Tratt pulled one back in the 64th and Aloisi quickly threw his seasoned leaders into the fray in search of a leveller, the contest shifted and Prijovic and Diamanti delivered.

“We went 2-0 up, we earned ourselves that buffer and we should have been able to finish it off,” Phoenix captain Oli Sail told Sky Sports.

“We stopped doing what worked so well in possession in the first half … and then they hurt us when they had the ball.”