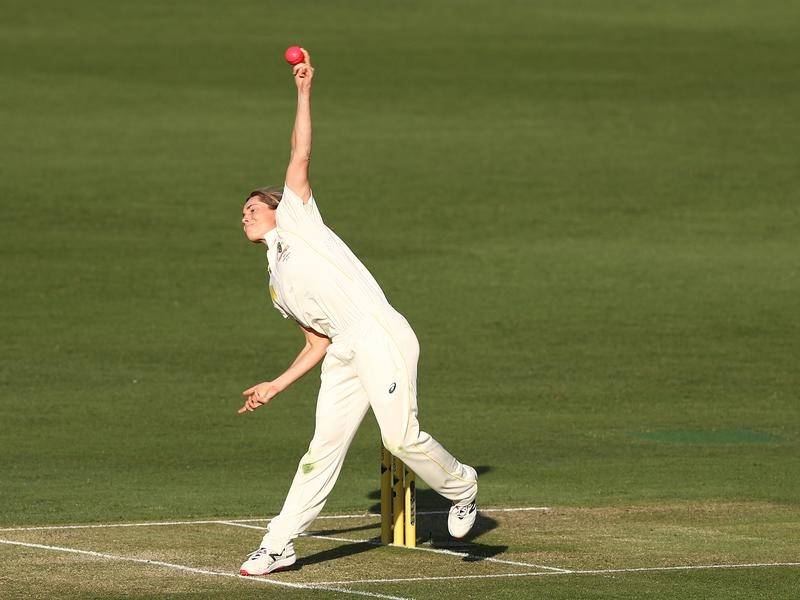 Spinner Sophie Molineux’s bid to break back into the Australian set-up will have to be put on ice after she tore the anterior cruciate ligament in her left knee.

Molineux suffered the injury while bowling the final over in the Melbourne Renegades’ five-wicket WBBL loss to the Melbourne Stars on Sunday.

A foot stress fracture suffered at the tail-end of last summer’s WBBL campaign resulted in Moineux missing the multi-format Ashes and the one-day World Cup.

Her recent return to cricket lasted just a matter of months, with Molineux now set to miss the series against India and Pakistan, as well as the T20 World Cup in South Africa in February.

No timeline has been set for Molineux’s return, but it could be up to 12 months on the sidelines.

“Our thoughts are with Sophie, and we will do everything we can to support her now and through her recovery period,” Renegades general manager, James Rosengarten, said.

“Sophie had put in a power of work over the winter to return from her foot injury and has been a fantastic leader for our team this season.

“We know Sophie will bounce back from this latest setback and we’ll be there with her every step of the way.”

The injury is a big blow to Australia’s depth, with the national side losing vice-captain Rachael Haynes to retirement and captain Meg Lanning to personal leave.

A knee injury will prevent spinner Sophie Molineux pressing for a return to the national team. (Jason O’BRIEN/AAP PHOTOS)