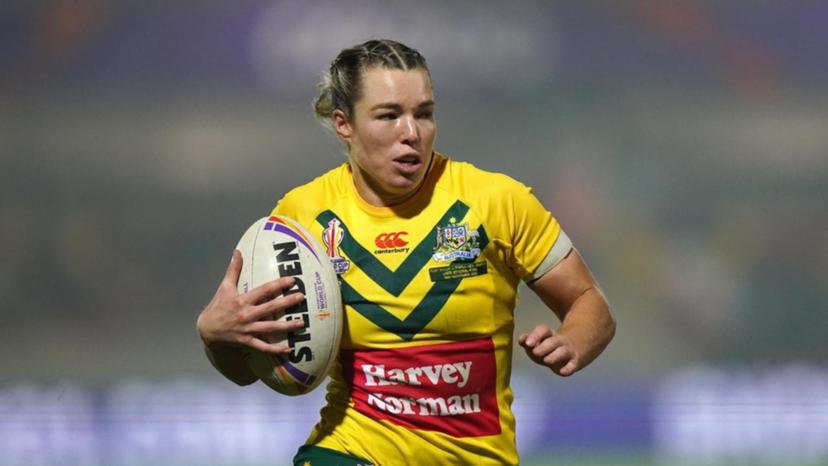 Emma Tonegato led Australia’s demolition of Papua New Guinea as the Jillaroos cruised through to the final of the women’s Rugby League World Cup with 82-0 victory in York.

On a foggy and chilly night at the LNER Community Stadium, the Jillaroos ran in 15 tries – Tonegato and centre Isabelle Kelly contributing hat-tricks – as the Orchids’ campaign came to an abrupt end.

Australia will play the winner of the other semi-final between tournament hosts England and New Zealand at Old Trafford on Saturday (Sunday AEDT) as part of a finals double header with the Kangaroos and Samoa men.

Tonegato played at fullback but will likely come off the bench in the final with co-captain Sam Bremner expected to return to the starting line-up.

The victory was Australia’s biggest against PNG and was the third time this tournament in which Brad Donald’s side have kept an opponent scoreless.

Kelly had her hat-trick with Evania Pelite, Shaylee Bent, Shenae Ciesiolka and Olivia Kernick following her and Davis over the whitewash before the break.

The half-time break didn’t halt the trouble for PNG, with Jessica Sergis going over straight after the interval, Ciesiolka added one more and Tonegato chimed in with her hat-trick.