Glory primed after off-season of stewing 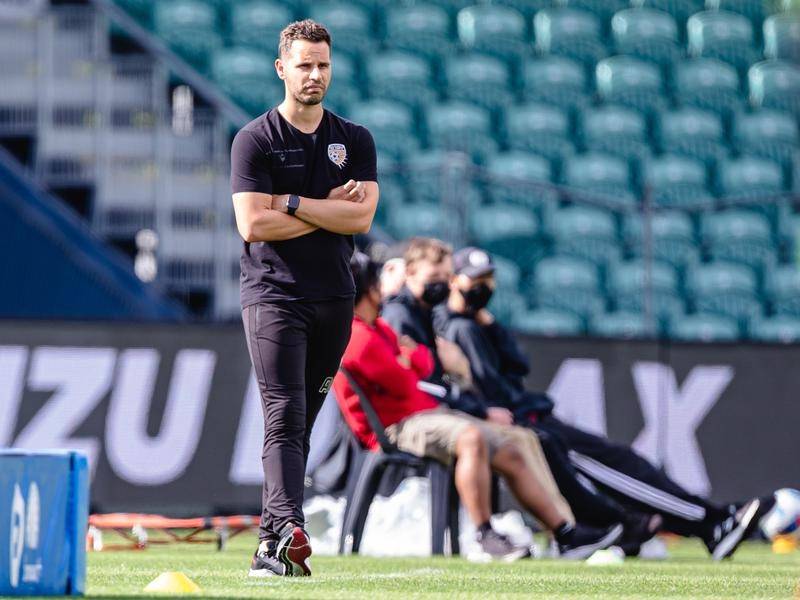 Perth Glory coach Alex Epakis hopes the plans he formulated while stewing during the off-season will help lift the A-League Women side to new heights this campaign.

Glory, the winless wooden spooners from 2020/21, defied the doubters last season to come within a whisker of snaring a dream finals berth.

Despite spending all but one round on the road due to the COVID-19 pandemic, Glory were in the frame for fourth spot before being pipped by eventual premiers Melbourne Victory on goal difference.

Epakis said the pain of that near miss was a driving force for him during the off-season.

“The players get to go and play club football during the winter, I get to sit and stew on what happened last season,” Epakis said ahead of Glory’s season opener away to Canberra on Saturday.

“It’s been an interesting four or five months. It gave us time to analyse and assess and go through everything we did last season.

“It gave us some more foundation for this season and where we can improve.”

Epakis highlighted the games his team let slip as a major reason behind their finals near miss.

“The two games we drew late on, one being Canberra when we had a 3-1 lead, and one being Newcastle with a 1-0 lead,” Epakis said.

“We weren’t able to see those games out. We’ve had a look at how we can manage that, and manage the momentum when it’s not with us but we have a lead.

But the return of Ella Mastrantonio after a two-year sojourn in Europe, combined with the recruitment of American forwards Rylee Baisden and Gabriella Coleman, has strengthened Glory’s squad.

“Last season we did really well and it was a fantastic account of where we’re at as a group,” Epakis said.

“Hopefully this season we continue to grow and progress as a team. I wouldn’t put any limit on what we can achieve this year.

“I don’t say this lightly, but this is the best team environment I’ve had the opportunity to work with.