Hulkenberg to replace Schumacher at Haas 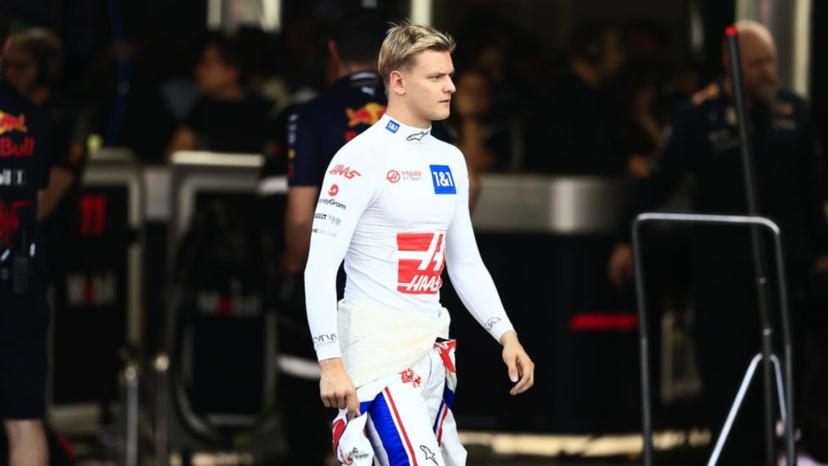 Mick Schumacher, son of seven-time Formula One champion Michael Schumacher, has been dumped by Haas and replaced with 35-year-old Nico Hulkenberg.

Haas opted for experience over youth with the German veteran to return to the grid full time next season.

Hulkenberg, who has started 181 F1 races without once standing on the podium, will join 30-year-old Danish driver Kevin Magnussen in the lineup.

“I feel like I never really left Formula One,” said Hulkenberg in a team statement ahead of the season-ending Abu Dhabi Grand Prix.

“I’m excited to have the opportunity to do what I love the most again.

“We have work ahead of us to be able to compete with all the other teams in the midfield, and I cannot wait to join that battle again.”

Hulkenberg, who won the 24 Hours of Le Mans sportscar race with Porsche in 2015, last raced full-time in Formula One in 2019 with Renault and will test with Haas at Yas Marina next week.

He stood in for Mexican Sergio Perez and Canadian Lance Stroll as reserve at Racing Point in 2020 and for Sebastian Vettel at Aston Martin in Bahrain and Saudi Arabia this year. All were sidelined by COVID-19.

Team boss Guenther Steiner said Hulkenberg’s experience and reputation as a “great qualifier and a solid, reliable racer” would help push the team up the grid.

“He shares our vision and can be a key player together with the rest of the team in building on the foundations we’ve laid this year with our return to the points battle,” he said.

Hulkenberg’s signing leaves Schumacher, 23, without a seat after two seasons in the sport.

The 2020 Formula Two champion has been involved in some costly crashes this season but scored his first points and is 16th overall.

Three positions ahead is Magnussen, who chalked up his and the Haas team’s first pole position in changing weather conditions at the last race in Brazil as Schumacher lined up last.

Ferrari-powered Haas are eighth of the 10 teams in the overall standings after finishing 2021 in last place and without a point.

Schumacher said on social media he was “very disappointed” to be leaving.

“It was at times bumpy but I steadily improved, learned a lot and now know for sure that I deserve a place in Formula One,” he said of his two seasons.

“The subject is anything but closed for me. Setbacks only make you stronger. My fire burns for Formula One and I will fight hard to return to the starting grid.”