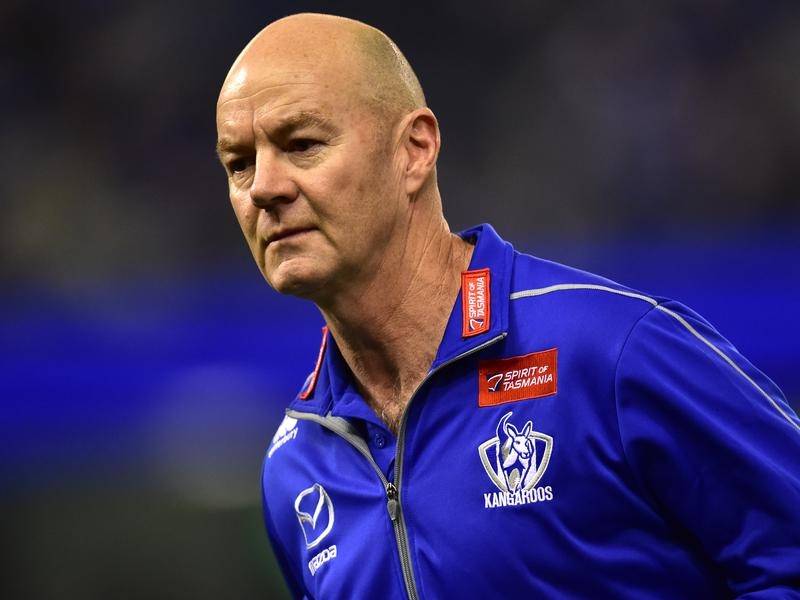 North Melbourne coach Darren Crocker hopes a week on the sidelines will prove to be a stick in the spokes of his side’s red-hot AFLW preliminary-final opponent.

Favourites Melbourne were given a spell last week, having brushed aside reigning premiers Adelaide to advance directly to the penultimate round of the season.

Conversely, the Kangaroos have had to get there the hard way, rising from eighth position to the final four with cut-throat victories over Geelong and Richmond.

“Our players are just really building into the season and I’ve felt that our trajectory has been really strong on the back of that continuity of playing,” Crocker told reporters on Thursday.

“We had a tough fixture and that’s held us in good stead.

“To be able to play two finals in a row and keep that continuity has been really good for us and I’m hoping maybe (the break) is detrimental to the Demons … (but) who knows.”

It was a similar story in 2021, when the Crows and Brisbane both took the short route to the decider.

The Demons are the form team this season, having won their last seven games by an average margin of 46 points.

They have also had the wood on North Melbourne, winning four of their five AFLW meetings.

But those contests have been decided by an average margin of less than a goal.

“We’ve had some really tight battles against them and in every one of those games each team has been able to gain a little bit of momentum,” Crocker said.

“I just feel that Melbourne, when they’ve gained the momentum in some of those games, they’ve been able to hurt us with their efficiency.

“We haven’t been able to do the same to them (but) I feel we’re better equipped forward of the ball to be able to challenge Melbourne’s defence.

“Hopefully that efficiency going forward will be better for us.”

North Melbourne kicked their highest score of the season in the 74-38 thumping of Richmond, with a spread of seven goal-kickers lifting Crocker’s confidence in his group’s attacking capabilities.

Kangaroos captain Emma Kearney (knee) and Mia King (ribs) have been cleared to play in the preliminary final, while Irish teammate Erika O’Shea has been ruled out because of bleeding at the back of an eye.

Norths AFLW coach Darren Crocker is hoping a week off for opponents Melbourne will help his team. (Julian Smith/AAP PHOTOS)