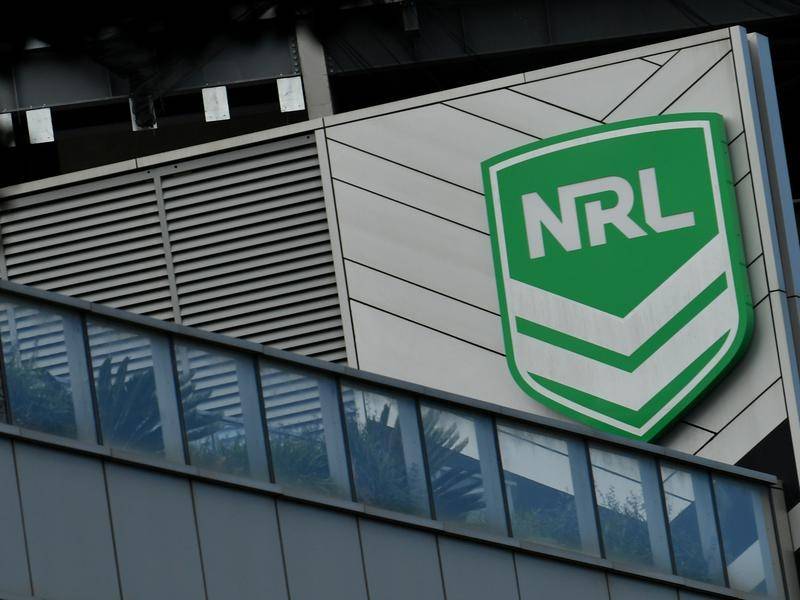 The NRL are on the verge of peace with the 17 clubs after offering a revised funding figure for the next five seasons.

After weeks of public jousting over the game’s financial future, NRL management met with several club officials on Thursday morning.

There was significant progress, with both sides walking away positive about discussions and believing an in-principle deal was close to being struck.

Club representatives had told the NRL last week they feared they would be $500,000 out of pocket on both the men’s and women’s programs next year.

At the time, NRL CEO Andrew Abdo was asked to either increase the game’s offer or provide modelling that showed the deficit would not be as large.

AAP has been told the NRL responded on Thursday with an improved funding offer, with only minor matters still to be resolved.

Included in that are checks that funding will remain $5 million above the final negotiated total player payments on the men’s side of the game.

On the women’s side, the 10 clubs with teams still fear they will lose money by participating in the expanded NRLW competition.

The offer has been improved for the NRLW clubs since they first wrote to Abdo about the matter last month, and the league is confident their offer is one that will be accepted.

There remains some lingering frustration from clubs over the fact the deal is still yet to be finalised, with the NRL financial year 17 days old and funding their main income in budgeting.

Any agreement reached with the clubs is also dependent on the eventual pay deal struck with players, where negotiations continue to stall.

There is a hope they will be able to ramp up after this weekend when the Rugby League World Cup ends, in a bid to have a deal done before Christmas.

The union are still desperate to gain agreement and consultation rights on integrity matters, as well as a long-term injury hardship fund.

ARL Commission chairman Peter V’landys has made clear he does not intend to hand over power to the union on matters such as agreement rights on integrity.

The women’s salary cap is guaranteed to rise under any deal to around $800,000, but the structuring of the season as well as parental and carer leave must also be negotiated, among other matters.

The NRL and the 17 clubs are moving closer on agreeing a funding model for the next five seasons. (Joel Carrett/AAP PHOTOS)