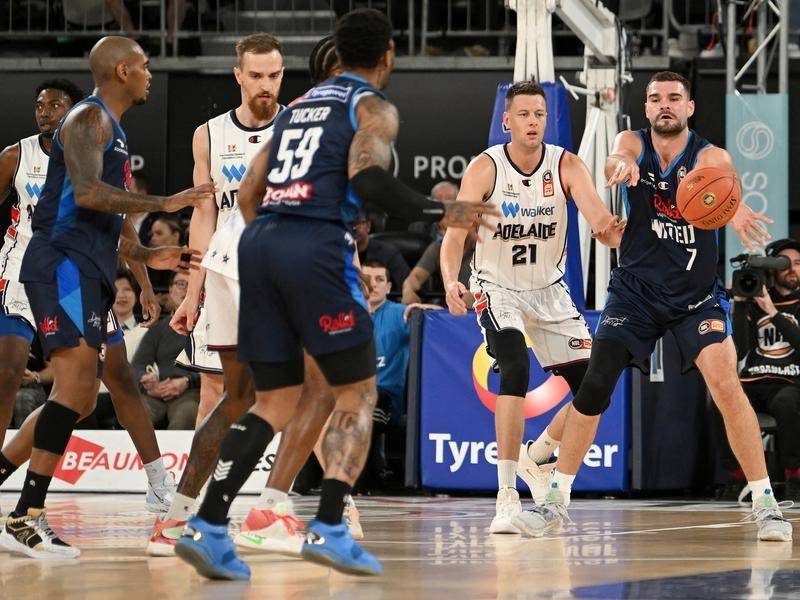 The Adelaide 36ers have brought Melbourne United back to earth with a thud, registering a 91-86 upset win on the road and making an NBL statement in the process.

A proud United organisation basked in the global spotlight during the build-up to the match, after starting centre Isaac Humphries announced he is gay – a rarity in men’s professional basketball.

But the overwhelmingly positive response from the sporting world was not enough to get them over the line at John Cain Arena on Thursday night.

The Sixers fired behind 21 points apiece from Robert Franks and Anthony Drmic, squaring their season record at 4-4.

United (5-6) have dropped five of their eight home games so far.

The hosts were at least able to breathe a sigh of relief when superstar Chris Goulding returned to action after a heavy third-quarter clash with Franks left him temporarily sidelined.

Melbourne struggled early at both ends of the floor, allowing Adelaide to quickly forge a 17-6 lead.

The home side clawed back into the contest and edged in front when Humphries threw down a two-handed dunk, but trailed 51-50 at halftime.

Goulding was beaten to a loose ball by Mitch McCarron during the third period and seemingly did not see Franks coming the other way before the pair collided.

The United sharpshooter was assessed in the locker room as the Sixers broke out to a 74-64 lead with one period to play.

Franks and McCarron were jeered by the home crowd but had the last laugh after United had closed the gap to one point, with Franks sinking two late free-throws to ice the game.

Antonius Cleveland (15 points) and McCarron (12) were influential, while Rayjon Tucker (23 points) and Xavier Rathan-Mayes (15) threatened to steer United to a comeback win.

Humphries finished with eight points, six rebounds and four assists, thanking the crowd for their support on-court after the game.

He had become the only openly gay player in a men’s top-tier basketball league when he made his announcement on Wednesday via a video posted on social media.

The 24-year-old received positive feedback from prominent basketball figures around the world and drew an appreciative roar from United fans during pre-game introductions.

Humphries’ video was viewed more than five million times worldwide in the first 24 hours after it was posted.

He is the first openly gay NBL player in the league’s history.

Isaac Humphries (r) passes the ball for Melbourne United during their NBL loss to the 36ers. (Morgan Hancock/AAP PHOTOS)