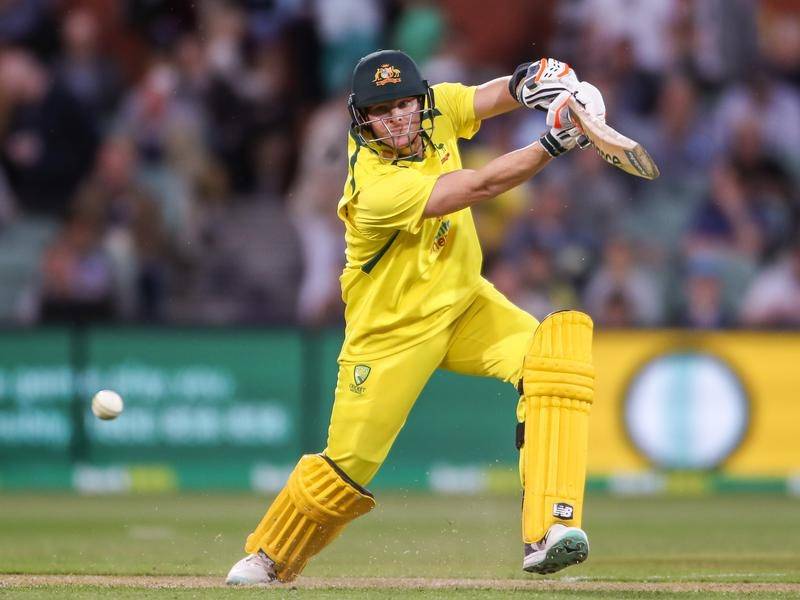 Pat Cummins’ reign as Australia’s ODI captain has begun with a commanding six- wicket win over England at the Adelaide Oval.

Adding the ODI captaincy to his Test duties following Aaron Finch’s 50-over retirement, Cummins made an impressive start on Thursday as Australia went 1-0 up in the three-match series in front of 15,428 fans.

After winning the toss and electing to field first, Australia kept England to 9-287 despite a majestic century from Dawid Malan.

After being left out for all but one game of the recent Twenty20 World Cup campaign, Steve Smith made a welcome return to form with an unbeaten 80 to allow Australia to cruise home with 19 balls to spare.

Smith’s innings came at better than a run-a-ball as the star batter built on the good foundations set by Warner and Head.

Warner appeared set to score his first international century since January 2020 but was caught in the deep for 86.

“We came in here really fresh after a week (off after the exit at the T20 World Cup) and keen to come back into it, and it showed,” Cummins said.

“Classic Smithy has been working the house down in the nets so to be fluent from ball one was awesome, we know his class.”

The 35-year-old’s second ODI century helped England to a respectable total after the visitors found themselves in early trouble at 4-66.

England opted not to risk Malan for Sunday’s T20 World Cup final against Pakistan at the MCG as the left-hander recovered from a groin injury.

But the No.3 played a lone hand for the tourists against an Australian attack determined to bounce back from a disappointing early World Cup exit.

Malan offered a chance when he was on 33, smashing a cut shot, but a diving Ashton Agar put down what would have been a classic catch.

Having reacted quickly to run out Liam Dawson on 11, the Australian allrounder had another highlight late in the innings, stopping what looked a certain six when he dived over the boundary and flung the ball back into play.

Cummins (3-62) removed opener Phil Salt and No.4 James Vince in quick succession to have England reeling, while Mitchell Starc bowled Jason Roy with a terrific in-swinger.

But Malan was able to drum up enough support to rebuild England’s innings.

England captain Jos Buttler was one of only three players to back up on Thursday after that decider, along with Salt and quick Chris Jordan.

“(I’m) not fussed about the result at all, it’s all about the character we showed,” Buttler said.

“We want to play in a certain way, we tried to do that with the bat, we played with intent.”

The star of England’s second T20 World Cup triumph, Ben Stokes, will not be playing in this series after his shock call in July to retire from ODIs.

Steve Smith hit an unbeaten 80 to help Australia to a six-wicket win over England at Adelaide Oval. (Matt Turner/AAP PHOTOS)