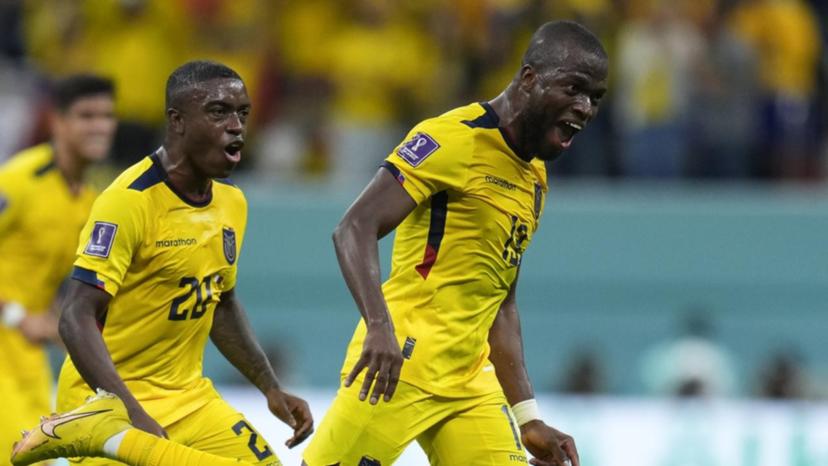 Qatar’s first ever World Cup match has ended in dismay for an overmatched team and with a place in unwanted soccer history.

The controversy-laced tournament opened with the hosts outplayed and embarrassed in a 2-0 defeat to Ecuador in front of 67,372 fans at Al Bayt Stadium.

In 92 years of soccer’s biggest event, a host team had never lost their opening game.

The first World Cup in the Middle East is a chance for Qatar, a tiny Arab country jutting out into the Persian Gulf, to showcase itself to the wider world.

Their soccer team, playing at this level for the first time by virtue of hosting the tournament, couldn’t live up to the moment as Ecuador captain Enner Valencia scored both goals in the first half.

“This is just the start of the World Cup,” 33-year-old Valencia, who has now scored Ecuador’s last five goals at the World Cup, including three in 2014, said.

“We have to keep dreaming.”

For many, that would jar with this World Cup being hosting by an emirate where homosexual acts are illegal, one that has come under strong criticism for how migrant workers have been treated building stadiums and tournament infrastructure since Qatar won the scandal-shrouded vote in 2010.

The yearslong scrutiny was never going to stop just because the soccer had begun, but a win for the host nation would have at least put a favourable light on Qatar, soccer-wise.

Instead, Qatar’s players, fresh from spending seven months together in a pre- tournament training camp under their Spanish coach Felix Sanchez, froze in front of an expectant crowd and a disciplined Ecuador team that might just pose a danger to more high-profile opponents over the next few weeks.

“I wouldn’t say we were naive,” Sanchez said.

“I would say this was about nervousness … maybe we had too many doubts.

“I hope in the next game they will be prouder.”

Valencia thought he had scored in the third minute when he headed in from close range following an acrobatic cross from Felix Torres. After a video review, Ecuadorian celebrations were cut short when the goal was ruled out for what appeared to be a marginal offside.

Ecuador did take the lead, however, in the 16th minute when Valencia was tripped by goalkeeper Saad Alsheeb, who was booked for the challenge. Valencia was nonchalant as he trotted up and converted the spot kick into the bottom corner.

The 33-year-old striker added his second in the 33rd by heading in a right-wing cross from Angelo Preciado.

With Qatar’s passes often going astray and its defensive raggedness repeatedly exposed, Ecuador had no problem holding onto their lead as Sanchez stood helpless in his technical area and the home fans fell quiet.

There were lots of empty seats for a second half that was almost a damage- limitation exercise for Qatar.

Enner Valencia scored both of Ecuador’s goals in the 2-0 win over Qatar to kick off the World Cup. (AP PHOTO)