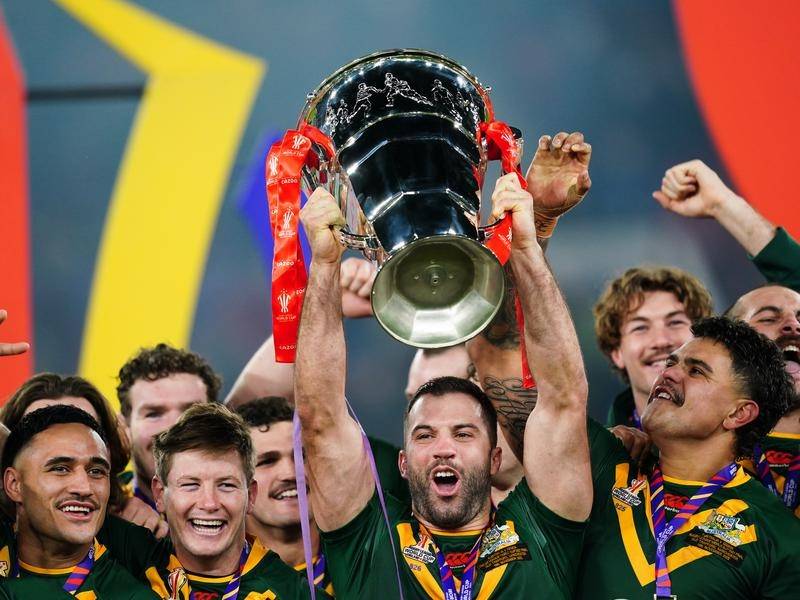 James Tedesco should take it as the ultimate compliment.

Like the German soccer team getting jeered at Wembley or the All Blacks having their haka drowned out at Twickenham, the constant jeering of his side at the World Cup final told of only one thing.

That is, his Kangaroos really are something special.

The great sides in sport annals have always inspired an odd mixture of awe and loathing in their British watchers. They love to hate them, but can’t help but secretly be in thrall to them.

And that’s how it was at Old Trafford as the swaggering, swarming gold-on-green chevrons used the Theatre of Dreams to kill little Samoa’s own fantasy, provoking the ABA – “Anyone but Australia” – brigade to full-throated antipathy.