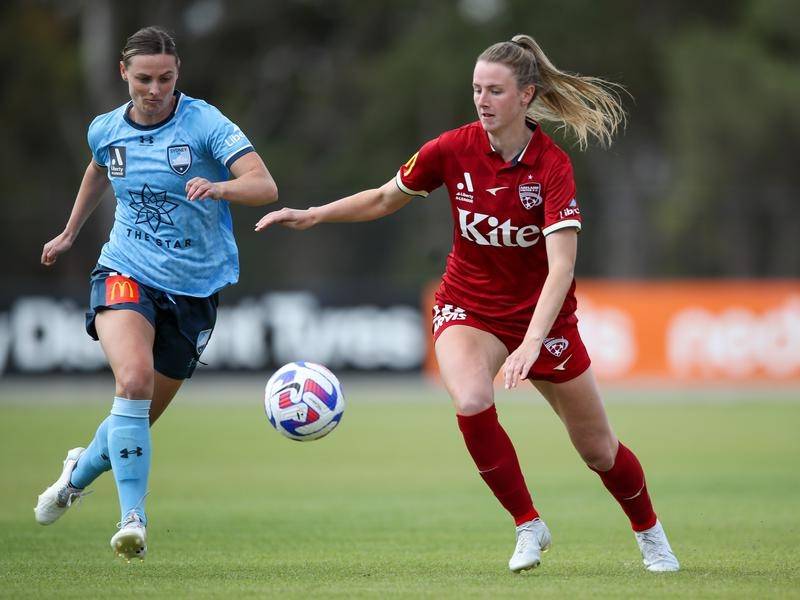 Adelaide United has opened its A-League Women’s campaign with an impressive 1-0 win over Sydney FC in Adelaide thanks to an 87th-minute winner.

The goal came in the final minutes of an enthralling clash with both sides creating a stack of chances in wet and blustery conditions on Sunday.

Adelaide United coach Adrian Stenta admitted conditions made the contest a difficult one but was delighted with the victory.

“At the end of the day it probably wasn’t our best performance,” he said.

“But it was good to get away with the three points.”

Sydney had the first clear chance on five minutes when Cortnee Vine burst through the Reds’ penalty area before providing the perfect cut back for Mackenzie Hawkesby but her shot was well saved by Annalee Grove.

A late goal has given Adelaide United a 1-0 win over Sydney FC to open their A-League Women season. (Matt Turner/AAP PHOTOS)