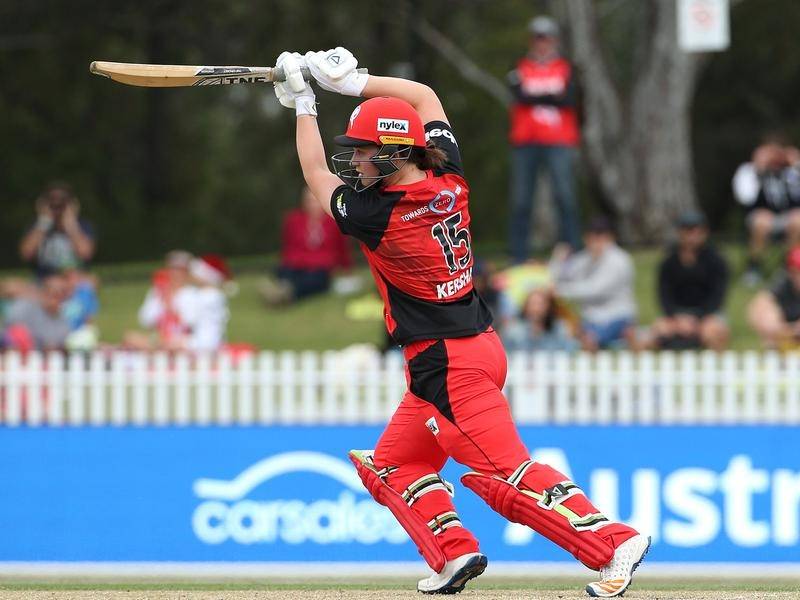 Reigning WBBL champions Perth will miss the finals after losing to the Melbourne Renegades on a dramatic last day of the regular season.

As the Scorchers’ hopes of defending their title ended with a rain-affected loss to the Melbourne Stars, the Adelaide Strikers earned a home final next Thursday with their 26-run win over the Sydney Thunder.

Australian great Rachael Haynes was dismissed for six in her last WBBL game and the Thunder were bowled out for 118 in reply to Adelaide’s 4-144 from 20 overs.

The Australian star was on a hat-trick as she snared three wickets in the 16th over to end the Thunder’s hopes of sending off Haynes with a win.

An unbeaten knock from Erica Kershaw has steered the Melbourne Renegades to a WBBL win over Perth. (Hamish Blair/AAP PHOTOS)