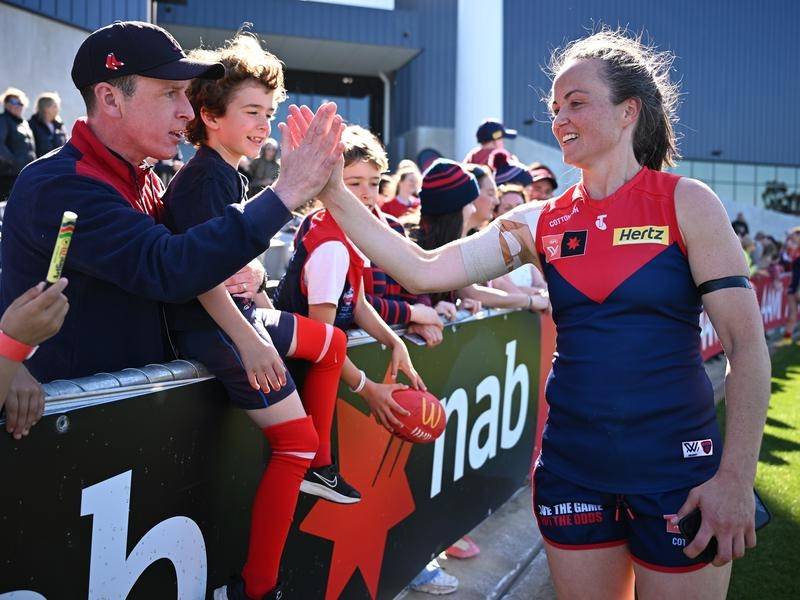 AFLW trailblazer Daisy Pearce won’t be rushed into a call on her playing future, narrowing her focus on Melbourne’s pursuit of a breakthrough premiership.

Pearce is set to join AFL premiers Geelong as part of the women’s coaching acceleration program when she hangs up her boots.

But the 34-year-old will first attempt to add a flag to her remarkable resume when she leads the Demons into Sunday’s grand final against the Brisbane Lions.

Whether she plays on in 2023 remains to be seen.

“I honestly haven’t made a decision on it,” Pearce told reporters on Monday.

“I’m just going to let myself stay in the moment and enjoy this week and have an almighty crack on the weekend and just see where the dust settles on that.

Melbourne captain Daisy Pearce is yet to make a decision on her AFLW playing future. (James Ross/AAP PHOTOS)