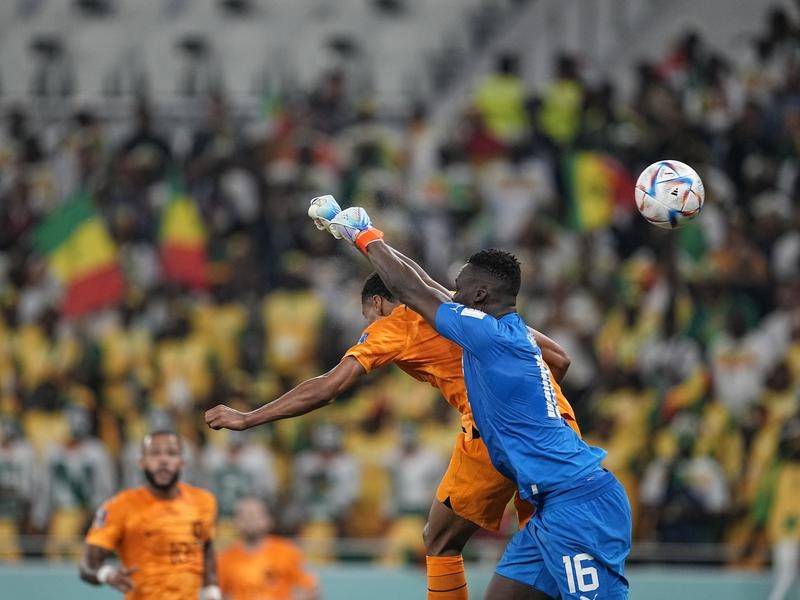 For 83 minutes the story of Senegal’s World Cup opener with the Netherlands was a tale of two absent strikers.

Mendy missed a cross from Frenkie de Jong allowing Cody Gakpo to head in, then spilled a weak shot from Memphis Depay giving Davy Klaassen a 99th-minute tap in.

A goal had previously seemed unlikely.

Africa Cup of Nations winners Senegal were without their talisman, Bayern Munich’s Sadio Mane, forced out of the tournament through injury days before it began.

The Dutch were without Barcelona’s Depay, sidelined for two months due to a hamstring injury.

Depay did at least get on the pitch for the last half-hour, but with his lack of match sharpness made him largely invisible, notwithstanding his late involvement in Klassen’s goal.

Without the deadly duo both teams lacked a cutting edge at Doha’s Al Thumama Stadium.

In an lively but scrappy first half the best chances fell to the Dutch.

But De Jong took too many touches wasting a chance set up by Steven Bergwijn and Virgil van Dijk headed wide after rising highest at a corner.

Senegal did not threaten until the hour mark, which allowed Dutch goalkeeper Andries Noppert, thrust into the World Cup on his international debut, a chance to settle.

The 203cm Heerenveen keeper nearly quit two years ago to join the police having never established himself as a No.1 anywhere.

Such is the speed of his career turnaround this was only the 52nd game of his professional career and he admitted before the game: “This is also bizarre to me. Even a few weeks ago I wouldn’t have expected it.”

Noppert had little to do before the 64th minute when he dived low to his left to turn aside a shot from Salernitana’s Boulaye Dia, who had been asked to fill the metaphorically huge shirt left empty by Mane.

While he shone Mendy, a Champions League winner with Chelsea, faltered to leave Senegal facing a probable eliminator in their final group match against Ecuador next week.