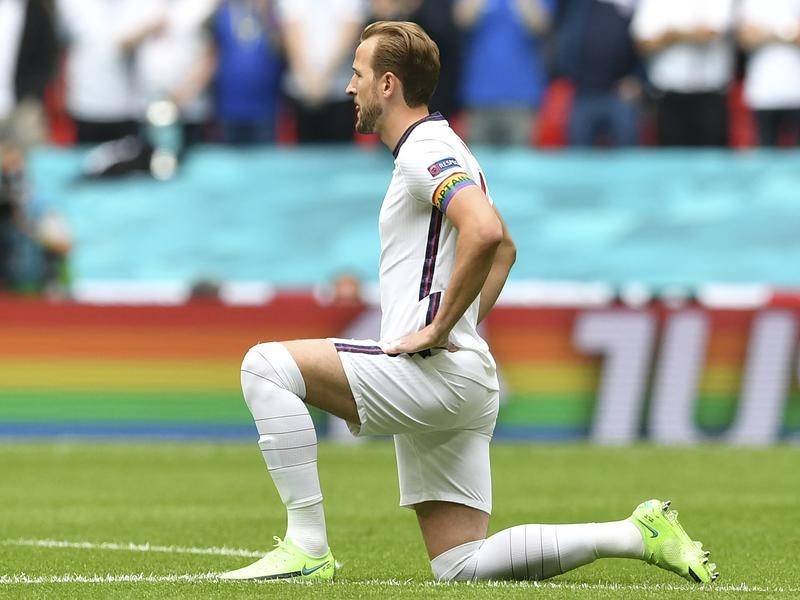 The captains of seven European nations will not wear anti-discrimination armbands in World Cup games after threats from FIFA to show yellow cards to the players.

“As national federations we can’t put our players in a position where they could face sporting sanctions, including bookings,” the seven soccer federations said on Monday in a joint statement.

Adelaide United’s Josh Carvalho, one of the few out gay players in the sport, condemned FIFA’s refusal to allow the armbands.

On social media he said: “FIFA you have lost my respect. All the work we’re doing to make football more inclusive you have shown that football isn’t a place for everyone.”

The climbdown after threats from FIFA came hours before England’s Harry Kane, the Netherlands’ Virgil van Dijk and Wales’ Gareth Bale were due to wear the OneLove armbands in Monday’s games.

The captains of Belgium, Switzerland, Germany and Denmark were also expected to wear the armbands in the coming days.

Former England defender Rio Ferdinand was dismissive of the football associations involved saying on BBC: ‘First bump in the road and they have folded like a pack of cards.’

The OneLove campaign was started in the Netherlands and its symbol is a heart- shaped multi-coloured logo aimed at promoting inclusion and diversity in soccer and society.

But the Dutch soccer federation said in a separate statement: Our number one priority at the World Cup is to win the games.

“Then you don’t want the captain to start the match with a yellow card.”

According to FIFA rules, team equipment must not have any political, religious or personal slogans, statements or images, and during FIFA Final Competitions, the captain of each team “must wear the captain’s armband provided by FIFA”.

Wales said the countries involved had been prepared to pay fines that would normally apply to breaches of kit regulations, but sporting sanctions had been a step too far.

Kane had been due to wear the OneLove armband against Iran, while Wales skipper Bale was due to wear it in the match against the United States.

The band contains the rainbow colours associated with the Pride flag and had been set to be a strong statement in Qatar, a country which criminalises same- sex relationships.

The armband dispute flared two months ago when 10 European teams said they had joined the longer-standing campaign in Dutch soccer, but it was still not resolved when the seven qualified teams arrived in Qatar.

FIFA offered its own compromise on Monday by saying captains of all 32 teams “will have the opportunity” to wear an armband with the slogan “No Discrimination” in the group games.

FIFA’s original offer on Saturday was that “NoDiscrimination” – the only one of its chosen slogan aligned with the European teams’ wish – would appear only at the quarter-final stage.

Nations planning to wear a OneLove captain’s armband at the World Cup in Qatar have backed down. (AP PHOTO)