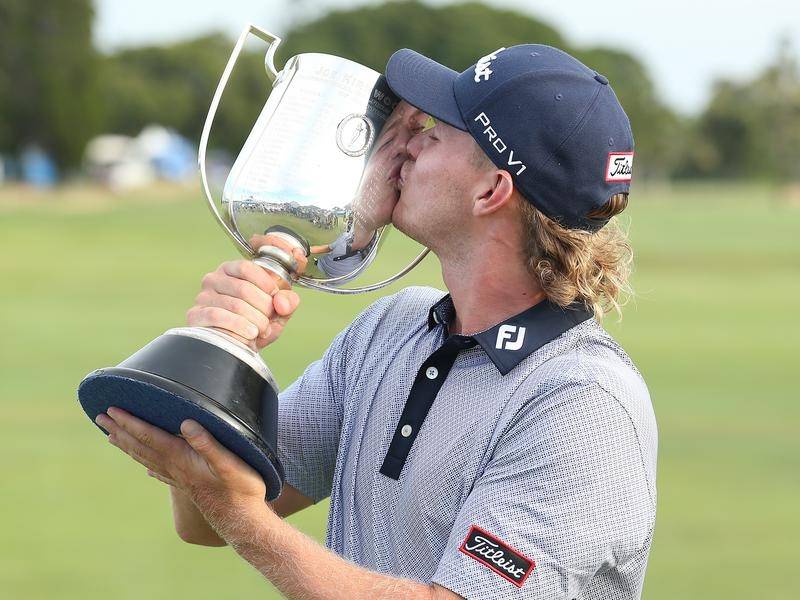 Jed Morgan has emerged from a year of struggles as a small fish in a big pond to be mentally refreshed and ready to defend his Australian PGA title at Royal Queensland Golf Club.

The 22-year-old is seeking to emulate his friend and mentor Cameron Smith, who won the Australian PGA in consecutive years in 2017-18.

Morgan had some tough times in 2022 after winning the 2021 Australian PGA at Royal Queensland by 11 shots.

He missed the cut at the US and British opens and was below his best at the start of the LIV Golf tour before finishing the year with two top 20 finishes in Bangkok and Jeddah.

“The pressure I have had to deal with … at the start of the year was probably the most I’ve ever felt,” Morgan told reporters ahead of the PGA, which starts on Thursday.

“Feeling what I felt through the middle (of the year) when I was struggling a bit definitely ramped everything up.

“Some guys can handle it straight away but I didn’t handle it the way I wanted to. Looking back, I wouldn’t change anything for what I went through and how I feel now about myself and my golf game.

“I leant on a lot of people that were around me and put one foot in front of the other. When you are struggling you feel like it is a long way from being good, but it is really not.”

Morgan, from Hatton Vale west of Brisbane, has taken a few weeks off from golf to relax with mates.

While keen to join Smith as a dual winner of the Australian PGA, he does not feel under pressure to do so.

“(Smith) has done it and he’s one of my good mates and someone I’ve looked up to from a very young age,” Morgan said.

“To do it and join that kind of prestige is something I’ll enjoy trying to do. You can’t really put into words what it would mean.

“I don’t really feel any pressure actually … and my golf is definitely in a better spot than it was at the start of the year.”

Morgan was one of the first recipients of the Cameron Smith Scholarship for young Australian golfers. The pair remain close.

“I like to think I make myself pretty available to most of the young guys coming up, Jed especially,” Smith said.

“Not only is he a really good golfer, he’s even a better bloke.

“Jed has had a really different year. He came here and won the PGA and then was a small fish in a big pond and got chucked in the deep end a little bit, but it is definitely something he will learn from.”