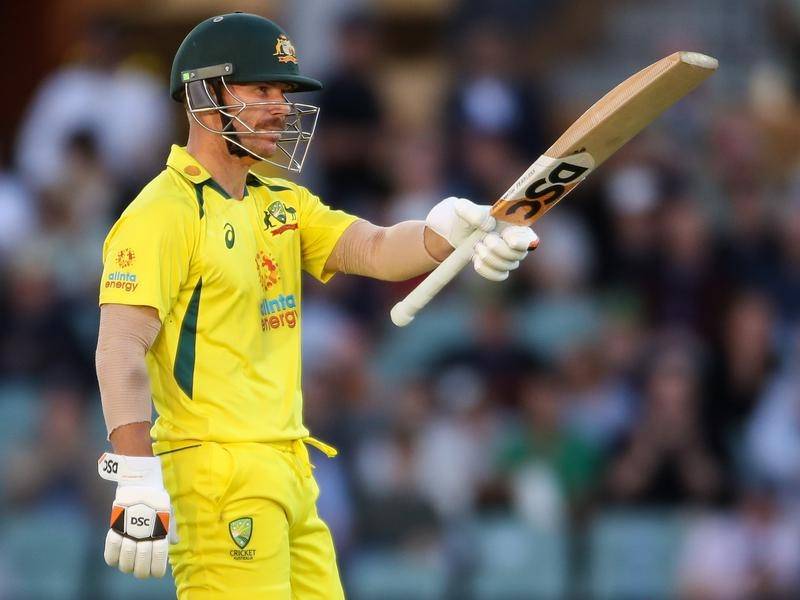 A frustrated David Warner has blasted the process that led to a change in Cricket Australia’s code of conduct, saying old trauma has been reopened by the decision having been drawn out.

Changes to CA’s code were approved by board members on Monday, paving the way for Warner to front a three-person panel and push for his lifetime leadership ban to be lifted.

The move was approved nine months after the players’ union first wrote to CA officials urging Warner’s ban to be reconsidered.

The 36-year-old was dismayed it had taken that long, comparing it to when he was initially slapped with the ban in 2018 in the aftermath of the ball-tampering scandal

“It’s frustrating because we could have done this about nine months ago (in February) when it was first brought up,” Warner said at a Kayo launch on Monday to promote Australian boxer Tim Tszyu’s fight with Jermell Charlo in January.

“It’s a tad disappointing that when you make a decision in 2018 it’s in four days, and then this takes nine months.

“It actually makes me look like I’m campaigning, which I’m totally not, so from my perspective that’s where it’s been disappointing.

“It’s good to get in a position where it gives me an opportunity to ring up the integrity unit to have a word to them and put forward my case.

“It’s been drawn out and it’s traumatic for me and my family and everyone else who was involved in it; we don’t need to relive what happened.”

Warner believes he has done everything right in the four years since the Cape Town saga to show he had served his time.

“I’m not a criminal,” the powerful left-hander said.

“You should get the right of an appeal at some stage.

“I understand that they put a ban in place, but banning someone for life, I think it’s a bit harsh.

The star opener has signed to play for Sydney Thunder and hopes to put his case to CA before the Big Bash League campaign starts on December 13.

But Warner admits it will be tricky to fit a hearing at CA’s Melbourne headquarters into a busy schedule for the Australian team.

Under previous rules, players and officials were unable to ever have sanctions reviewed, appealed or lifted after initial penalties were handed down.

However, any sanctioned player will now be able to make a case for long-term penalties to be eased if they can prove they have shown remorse and their behaviour has changed.

“(They) must be satisfied that exceptional circumstances exist to justify modifying a sanction,” CA said in a statement.

CA stressed any application would not be a review of the initial ban, but rather of the player’s behaviour since, and his or her justification for lifting sanctions.

“These circumstances and considerations will include whether the subject of the sanction has demonstrated genuine remorse,” the statement read.

Any change in Warner’s circumstances could allow him to enter the frame for Australia’s one-day captaincy in any match missing full-time skipper Pat Cummins.

The leadership of Australia’s Twenty20 team is also likely to be up for grabs in the next six months, as Aaron Finch weighs his future, and with Warner keen to play at the 2024 World Cup.

Warner’s push to have his ban lifted has the support of several teammates, including current Test and white-ball skippers Cummins and Finch.

“His knowledge on the game, and the way he thinks about the game is very good,” Labuschagne told reporters.