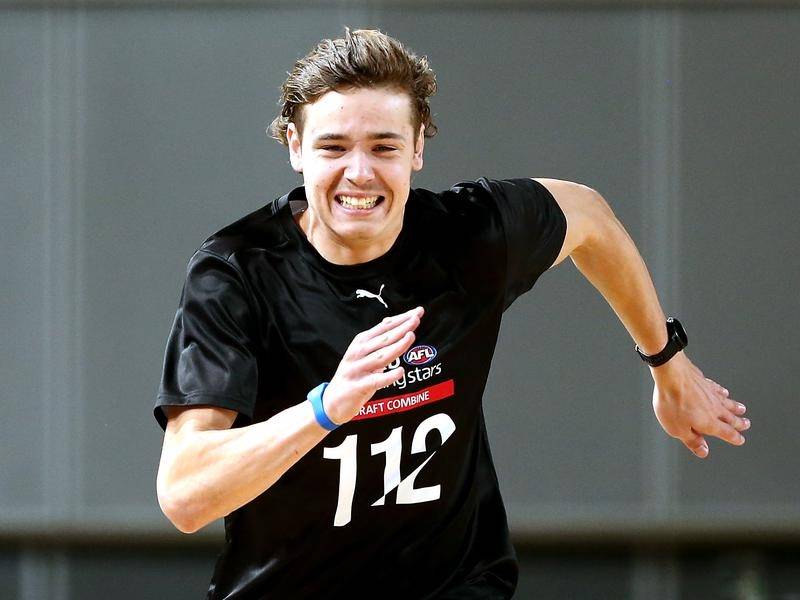 Will Ashcroft wants to be the No.1 AFL draft pick.

But the quirks of the draft mean Cadman could well hear his name called before Ashcroft’s on Monday night.

For a third consecutive year, a potential No.1 pick isn’t available to the team with that prized selection.

Two years ago, Adelaide made the Bulldogs pay up for Jamarra Ugle-Hagan before drafting Riley Thilthorpe at pick No.2.

This year, GWS face a decision on whether to bid on Brisbane’s father-son midfield gun Ashcroft, making the Lions cough up the maximum draft points, or simply call out athletic key forward Cadman’s name first.

“It’s not the be-all and end-all for me,” Ashcroft, son of Marcus Ashcroft, told AFL Media last week.

“It would be really nice, I’d like to go pick one but if it doesn’t eventuate, it is what it is.

“If it does fall that way for me, I’m hoping to do a similar thing where (Daicos) probably shouldn’t have gone pick four, and it’s shown this year.”

Cadman admitted he would be “over the moon” to hear his name called out with the first pick but stressed he could handle being demoted to No.2 if GWS first bid on Ashcroft.

If the Giants don’t bid on Ashcroft with the top pick, North Melbourne would likely do so with pick No.2.

The Kangaroos have the next two selections and are expected to nab Victorian duo Harry Sheezel and George Wardlaw.

Things could get interesting from there.

Essendon have the next selection and have been linked to Victorian midfielder Elijah Tsatas and South Australian prospect Mattaes Phillipou.

But the Bombers could also opt to trade the pick to secure two other strong selections, throwing the order out.

There is more father-son romance to come, too.

Brisbane’s second such prospect Jaspa Fletcher, son of Adrian, will also attract a bid, likely either late in the first round or early in the second.

Essendon will have to match a bid for Alwyn Davey Jnr and are poised to snap up his twin brother Jayden, recovering from an ACL injury, later in the piece.

Then, late in the draft, North Melbourne will snap up Cooper Harvey, son of AFL games record-holder Brent.

Aaron Cadman is a strong fancy to be the No.1 pick in the AFL draft on Monday. (Rob Prezioso/AAP PHOTOS)