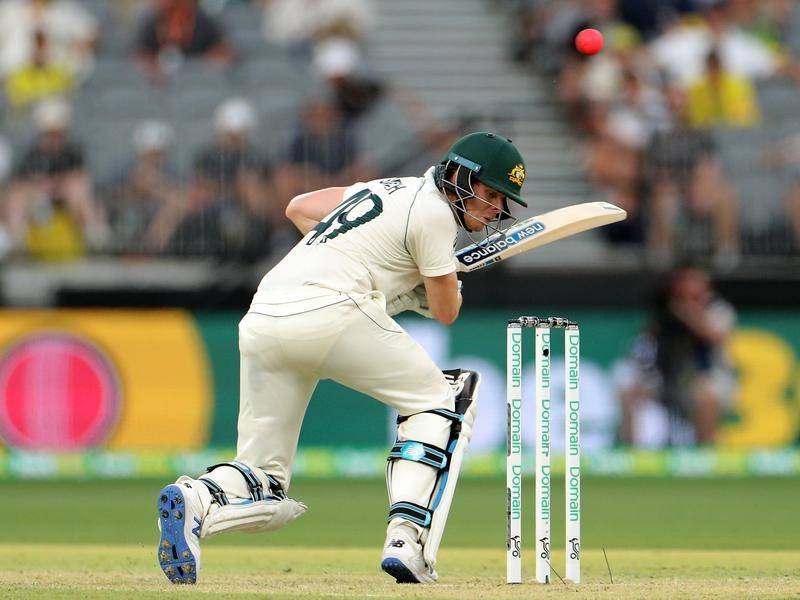 Steve Smith has declared he is ready to combat any short-ball barrage from the West Indies as he prepares to return to the scene of Neil Wagner’s first sustained attack.

Wednesday’s Test at Optus Stadium will mark the first in Perth since 2019, owing to two summers of border closures through COVID-19.

On Smith’s last visit, New Zealand left-armer Wagner peppered him with relentless spells of bouncers, bowling to a legside field that brought the Australian’s batting returns back to mere mortal levels.

With a pacy attack, there is every chance the West Indies could do the same through the likes of Kemar Roach, Alzarri Joseph and Jayden Seales.

But for two reasons, Smith is adamant it won’t be as effective.

First, he believes technical changes to make his batting more side-on have opened up the chance for him to pull in front of square, rather than being limited to helping the ball on its way.

That should make it harder for bowlers to set fields to have the right-hander caught pulling, as opposed to when New Zealand had two men behind square and another at forward square leg.

The right-hander also claims he has more options to evade the short ball now, rather than it following him when he was moving back and across in his crease.

“I still had a prelim movement there that wasn’t as big as it got to over a period of time.

“But I was still able to be side-on, I was pulling the ball well in front of the wicket and I was getting my weight through the ball and had my hands in a good place.

“They weren’t as closed as they probably have been for a lot of the summers I have played.

“It feels as though it has all come together and hopefully it’s a perfect storm this summer.”

Wagner’s tactics had come after Jofra Archer hit Smith in the 2019 Ashes, when the right-hander believes he was also limited in his options.

Beyond that though, Smith doesn’t believe the West Indies’ bowlers will be able to have the same impact as Wagner.

While Wagner’s biggest challenge was his nagging pace in a day-night Test, Smith expects the red ball to come on much faster.

“It’ll be completely different here with a red ball to a pink one,” Smith said.

“The pink ball sits in the surface a bit more but the red one on these wickets will continue to go up and over you.

“They are generally a lot easier to leave on, or get underneath. I’m prepared for whatever they throw at me and ready to play.”

Steve Smith feels he is ready for a bouncer barrage against the West Indies in Perth. (Richard Wainwright/AAP PHOTOS)