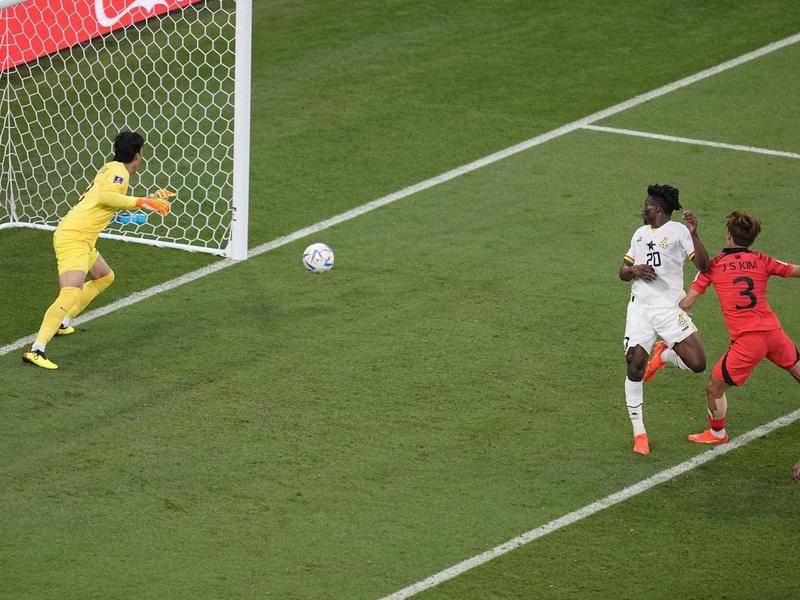 Mohammed Kudus has netted twice as Ghana edged out South Korea 3-2 in a dramatic and fluctuating World Cup Group H game to stay in contention for the next round.

Ghana led 2-0 at half-time but allowed South Korea back into on Monday’s match as Cho Gue-sung scored twice in three minutes to level at 2-2, only for Kudus to earn Ghana victory in a heart-stopping contest.

Ghana, who lost their opening group game 3-2 to Portugal, moved on to three points in the group, with the Koreans on one, both after two games.

South Korea coach Paulo Bento was given a red card post-match. He was furious English referee Anthony Taylor blew the whistle after ten minutes injury-time before South Korea could take their 14th corner – though they had failed to score from their previous 13.