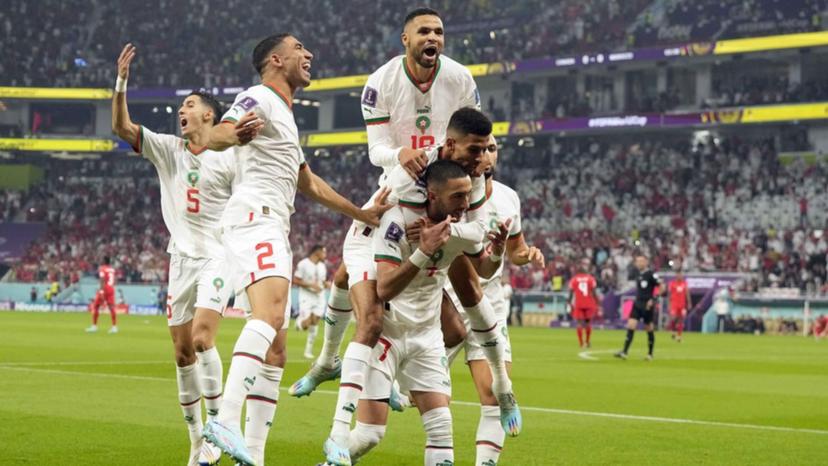 An impassioned Moroccan team has clinched a spot in the last 16 of the World Cup for the first time since 1986 by defeating the already-eliminated Canadians 2-1.

Morocco, who needed a win or a draw in their final group F match to reach the knockout rounds, capitalised ruthlessly on their opponents’ blunders on Thursday.

They took advantage of an early weak clearance by goalkeeper Milan Borjan that landed on the foot of Hakim Ziyech to get the perfect start.

Cheered on by a boisterous crowd of Moroccan fans, midfielder Ziyech effortlessly lobbed the ball over the stranded goalkeeper to open scoring in the fourth minute.

Borjan had been placed in an unenviable position by central defender Steven Vitoria, whose weak back pass forced the goalkeeper to race Moroccan forward Youssef En-Nesyri to the ball.

Morocco celebrate the goal of Hakim Ziyech (front) in their 2-1 win over Canada. (AP PHOTO)