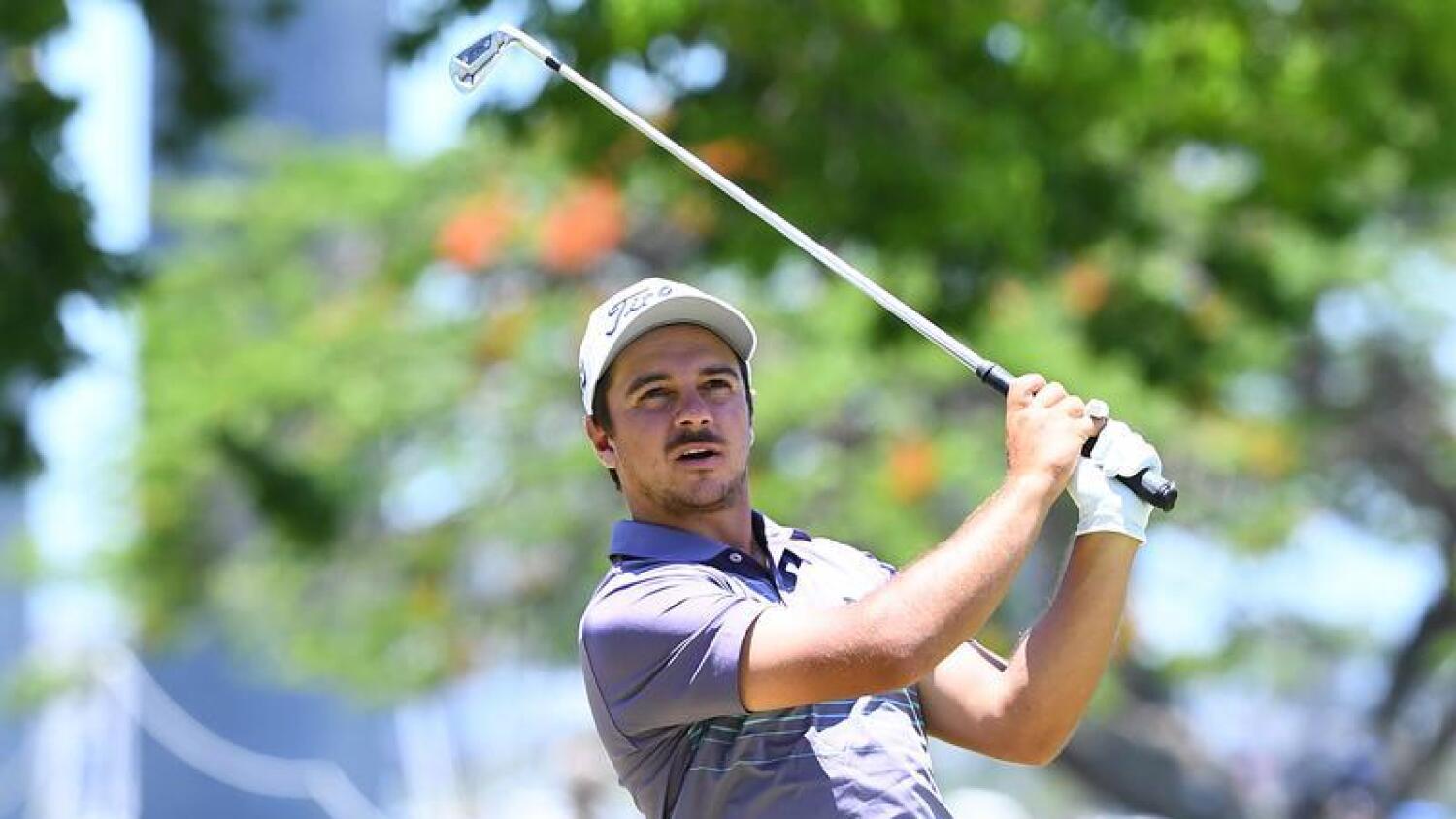 Outspoken world No.556 David Micheluzzi has let his clubs do the talking to upstage the faltering big guns and seize a commanding Australian Open first- round lead.

Micheluzzi backed his up his pre-Open rankings rants with a course-record- equalling seven-under-par 63 at Victoria GC to grab a three-stroke buffer over the chasing pack.

Sixth at the Australian PGA Championship after winning last month’s WA PGA, the sandbelt specialist continued his hot form to post an early low number that no one was able to catch on on Thursday.

The Victorian rolled in eight birdies and dropped his only shot of the day at the par-four 10th hole in a statement showing two days after venting his rankings frustrations on social media.

In no uncertain terms, Micheluzzi pointed out how he picked up double the amount of rankings points for finishing ninth at the 2021 Australian PGA Championship than he collected for placing sixth last week with world No.3 Cameron Smith in the field.