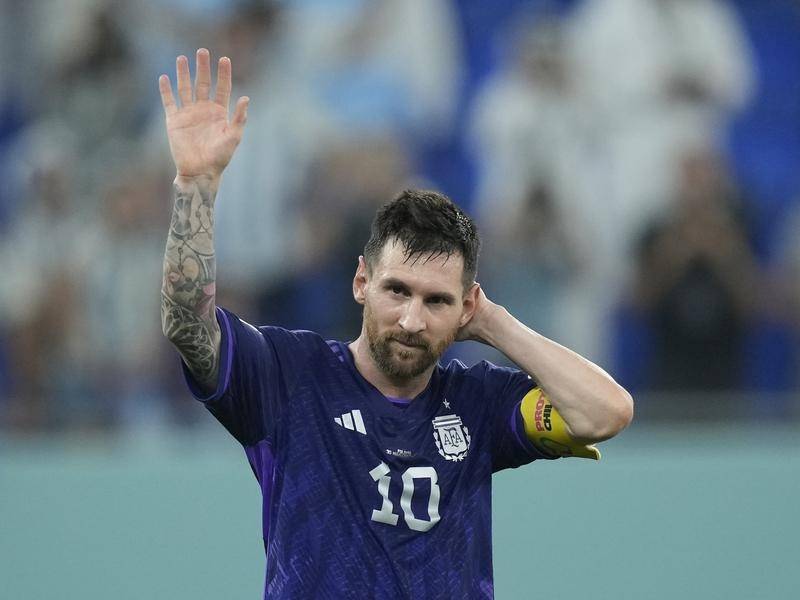 There’s only one Lionel Messi.

And while the Socceroos are gobsmacked by his unique football ability, they’re reminding themselves he’s only one player – and he’s only human.

“It’s going to be a difficult game, probably against the best footballer ever to grace the game,” Australian defender Milos Degenek said of their World Cup knockout bout with Messi’s Argentina.

“We know their squad is full of stars … it’s a squad that’s immaculate.

“I always love Messi and I think he’s the greatest to ever play the game.

“It’s not an honour to play against him because he is just a human as we all are.

The 35-year-old Messi, in likely his last World Cup, is hailed as the best player of his generation ahead of Portugal’s Cristiano Ronaldo.

If Socceroos linchpin Mathew Leckie had to pick one, his choice is clear.

“I am a Messi man,” Leckie told reporters.

“He’s naturally is the most talented player I have ever seen with the ball at his feet.

“He just does things that no-one else can do.

“In saying that, we have come across great players in this tournament.

“As long as we’re a collective group, as we have been until now, we can stop their strengths, stop them from being dangerous and that is what we will try and do.”

Argentina’s cup in Qatar began with a shock 2-1 loss to Saudi Arabia before Messi and his colleagues downed Mexico and Poland, both 2-0 triumphs.

“Argentina, after their first loss, they have just turned up another level and decided to play to the best of their abilities and to come into every game with a determination to win,” Degenek said.

“They are obviously driven by the motivation that it could be Messi’s last World Cup and he wants to win … and end it on a high.

The Socceroos, through to the knockout phase of a cup for just the second time, meet Messi and Argentina in Doha on Saturday night (0600 AEDT Sunday).