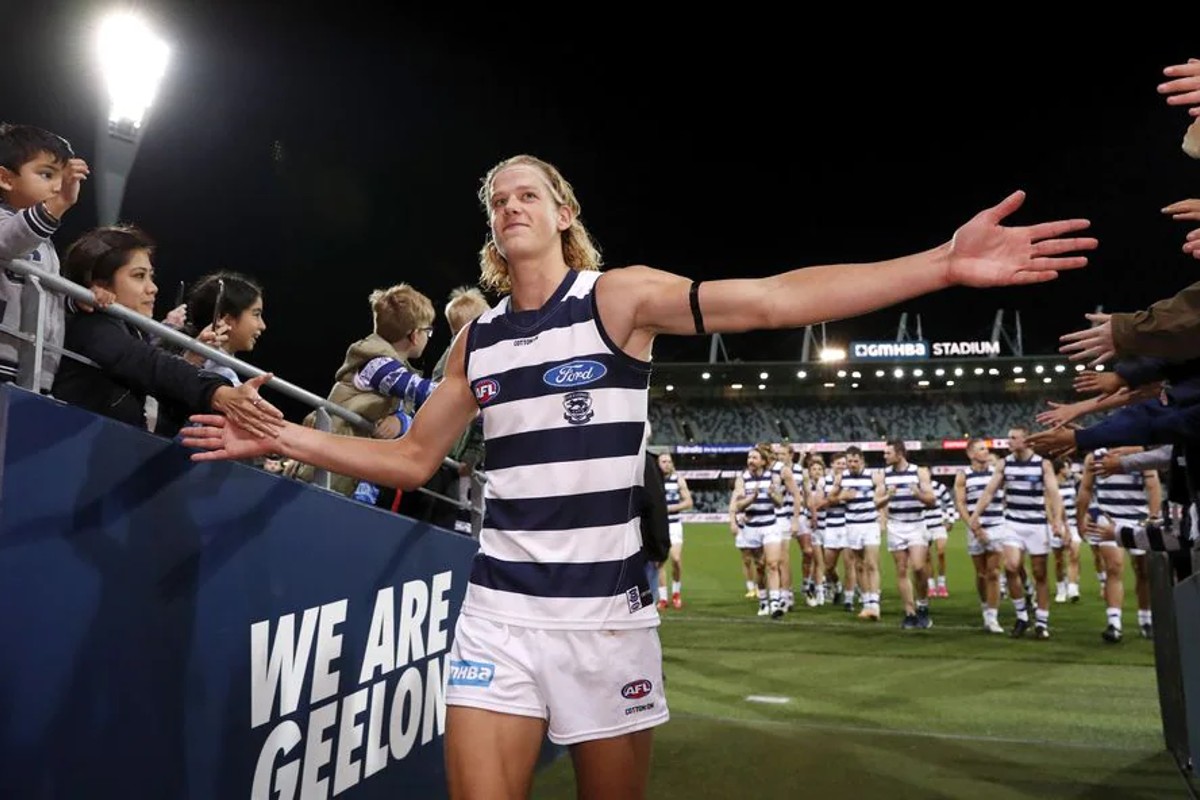 De Koning was originally pick 19 in the 2019 draft, and was contracted until the end of 2023 but a breakout season this year including playing 23 out of 25 games, and his first-ever AFL Goal in the final minutes of the Grand Final.

“I love the Club and I’m excited to sign a new deal and continue to play for Geelong. The Club is filled with great people and it’s just a great organisation to be part of,” De Koning said.

“We have a lot of good young players coming through and a great group of senior players who continue to teach us a lot. The Club has got a great culture and I want to be part of it.

“It’s been a whirlwind 12 months and my focus is to now get back to work, come into training with the same attitude and be hungry to improve.

“I know there’s areas I can improve on to take my game to another level and I’m excited to come in every day and work on those things to become the player I know I can be and reach my full potential.”

“Sam has worked extremely hard in his three seasons at the Club to give himself the best chance to be the best he can be.

“He played an important role for the team in 2022 and I have no doubt he has the hunger to continue to work on his craft, which is an exciting prospect for all of us at the Geelong Football Club, and for Sam himself.

“Sam is a great young man and a popular teammate, and we can’t wait to see him continue to grow as a player and person over the next couple of years.”