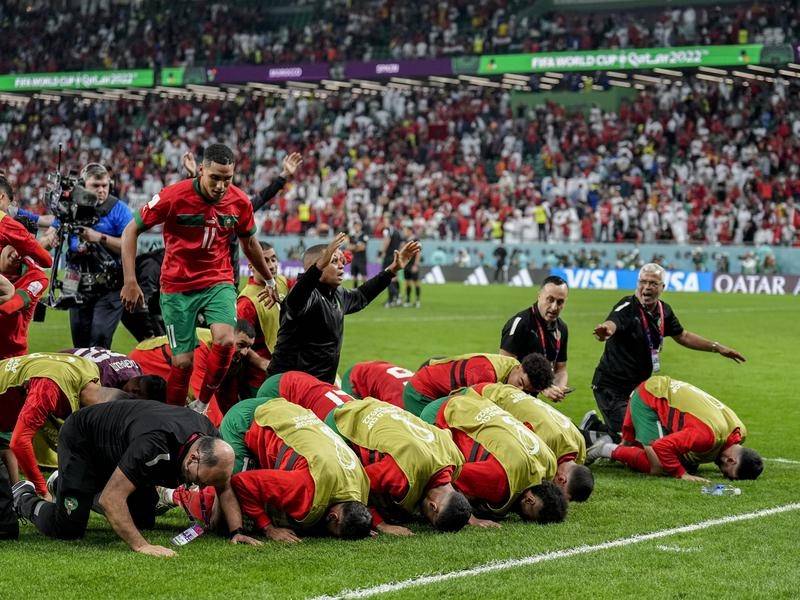 Morocco have become the first Arab nation to reach the last eight of the World Cup finals.

The north African country defeated Spain on penalties after a goalless draw in Doha on Tuesday and will meet Portugal in the quarter-finals after they won the all-European clash with Switzerland 6-1.

It was the third successive major tournament in which Spain have been beaten on penalties following the 2018 World Cup and the Euros in 2021. They failed to score in three attempts.

Morocco scored three of four, with the winning kick converted by Achraf Hakimi, who was born in the Spanish capital Madrid.

“We were unable to score … so no matter how much we say that we deserved to win… it is not going to change anything,” Spanish keeper Unai Simon, who saved one penalty, said.

Morocco’s players celebrate their victory over Spain during the World Cup round of 16. (AP PHOTO)