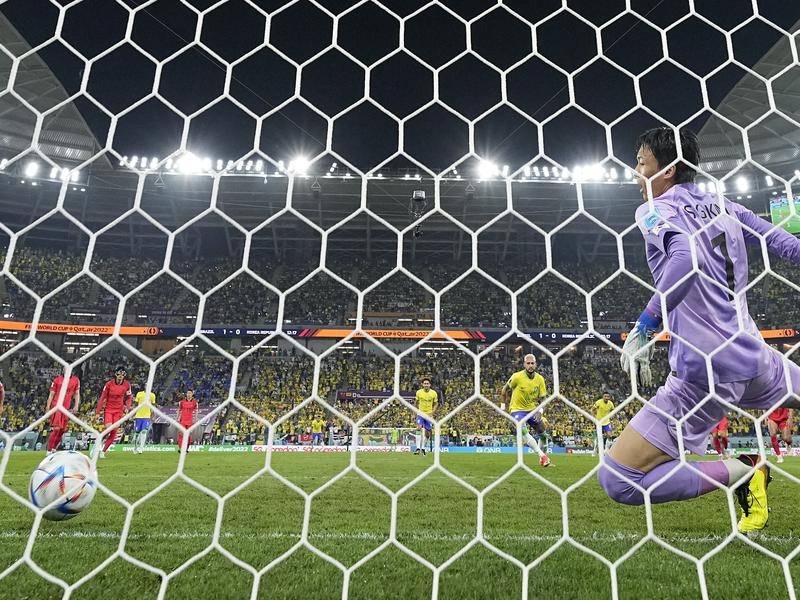 Just in time for soccer’s World Cup finals series, Australian scientists have developed a model for kicking penalty goals they claim delivers the best possible chance of finding the back of the net.

After analysing strategies used by strikers and keepers, researchers from the University of Queensland reckon they can advise coaches with a degree of confidence on identifying the best strategy against a particular goalie.

Professor Robbie Wilson, head of the uni’s Football Research Group , says the outcome of a penalty shot is determined by the complex interaction between shooter and goalkeeper.

“Usually, a player’s performance is constrained by biomechanical trade-offs but each player has a range of strategies to overcome these,” he said.

“For example, if a shooter kicks at a high speed, accuracy is decreased, and if a goalkeeper moves early, the probability they’ll move in the correct direction is reduced.”

Prof Wilson said every player, including international stars like Cristiano Ronaldo and Lionel Messi, has a range of kicking speeds and areas of the goal in which they are naturally better or worse.

“We wanted to find out how even the best footballers could improve their chances of penalty success,” he said.

“Previous models have often focused either on kickers or goalkeepers independently but ours examines the strengths and weaknesses of both, making it more accurate and much simpler.”

By taking into account every individual’s range of possible shot speeds, target location, footedness and kicking technique, the research model provides a detailed assessment of penalty taking possibilities and equips players with a range of strategies.

Prof Wilson said the model would potentially become more important as the World Cup progresses through the finals rounds, and more penalty shootouts are likely.

“Penalties are the single-most important method of scoring a goal in football,” he said.

“They are the only time in a match where a goal kicker and a keeper are matched one-on-one.”

Since 1986, 39 per cent of World Cup finals series games have involved a penalty kick or been decided by a shootout, including the 1994 and 2006 deciders.

Nearly 40 per cent of World Cup finals matches have involved a penalty kick or shootout since 1986. (AP PHOTO)