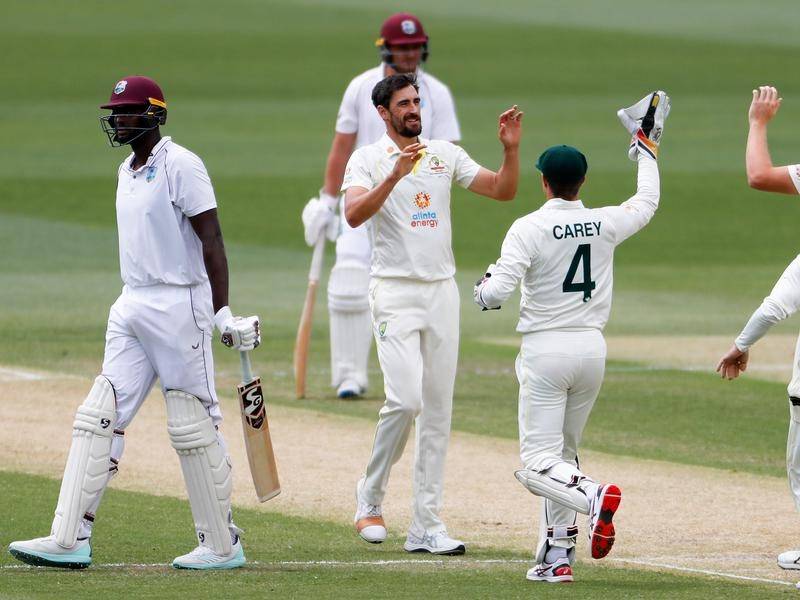 Australia are adamant the ease of their 2-0 sweep of a lacklustre West Indies will not hinder preparations for the marquee Test series against South Africa.

The hosts completed the Frank Worrell Trophy series with a dominant 419-run win over in the second Test at Adelaide Oval on Sunday, bowling the tourists out for 77 in the fourth innings.

Set up by Marnus Labuschagne and Travis Head’s first-innings centuries, the victory was Australia’s biggest by runs against West Indies and their third- largest against any team.

But Australia know a far greater challenge lies ahead in their three-Test series against South Africa, starting on Saturday at the Gabba.

While Labuschagne, Head and Steve Smith averaged more than 100 against West Indies, it meant those below them batted for no more than 70 balls across the two Tests.

“I don’t think there are any concerns,” Smith said.

“It’s probably not ideal that a few of our batters from six onwards haven’t had a great deal of time in the middle.

“That is probably the only real concern if you want to call it that. But they are also spending a lot of time in the nets batting, and batting well.”

Pat Cummins is likely to return as captain for the series as he battles a quad injury, while Josh Hazlewood is in a far tougher race against the clock following a side strain.

The South Africans are one of only two touring teams to have won three straight series in Australia in the past 100 years, after crushing Smith’s men in 2016-17.

Question marks hang over their batting, but in Lungi Ngidi, Anrich Nortje, Marco Jansen and Kagiso Rabada they have a particularly threatening pace attack.

“It’s a big step up,” Smith said. “They have a quality pace attack; some experience there.”

After a 164-run margin in the first Test in Perth and Sunday’s result, the bar is low for South Africa to be more competitive than the West Indies.

Australia’s domination of the Frank Worrell Trophy has included piling on 1490 runs for the loss of just 19 wickets, while claiming all 40 of the West Indies’ wickets for 907.

Five of West Indies’ bowlers averaged more than 100 with the ball, as injuries also struck the tourists, some of whom have been in the country since late September due to the T20 World Cup.

The collapse came quickly on Sunday, as Starc starred with the pink ball again in his 3-29 and Carey took three exceptional catches off Neser in his 3-22.

“We didn’t show any fight at all,” West Indies captain Kraigg Brathwaite admitted.

Australia have made a clean sweep of the Frank Worrell Trophy series with a 419-run win in Adelaide. (Matt Turner/AAP PHOTOS)