Man in 80’s winched to chopper, flown to hospital. 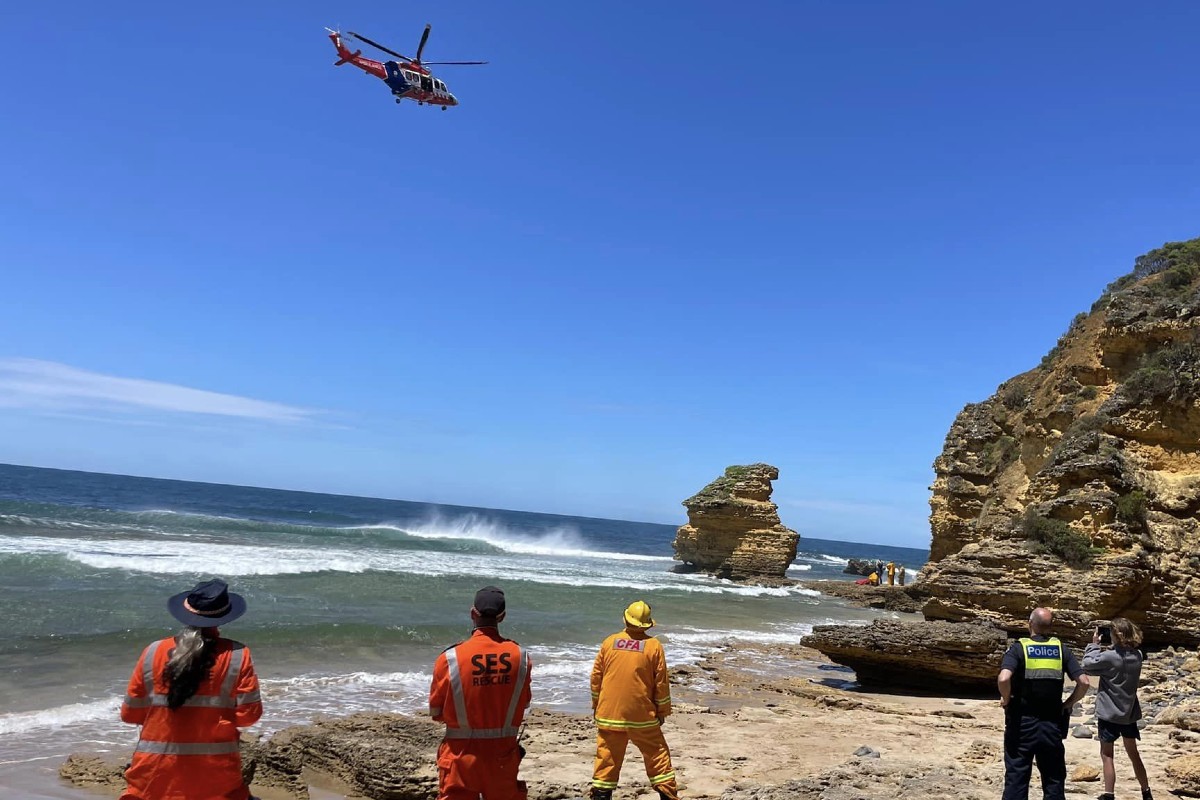 The Air Ambulance has been required to winch a man in his 80s to safety after a joint effort between the Lorne & Torquay SES Units, Ambulance Victoria and CFA to rescue an injured man stuck in a difficult location

Tough terrain and an incoming tide added to the problematic situation with the decision made to call for aerial assistance.

The helicopter arrived in the skies above Airey’s Inlet around 12:45 pm Saturday and continued to hover for just over half an hour, before winching the man on board.

“A man in his 80s suffered a head injury and was transported in a serious but stable condition to the Royal Melbourne Hospital.”