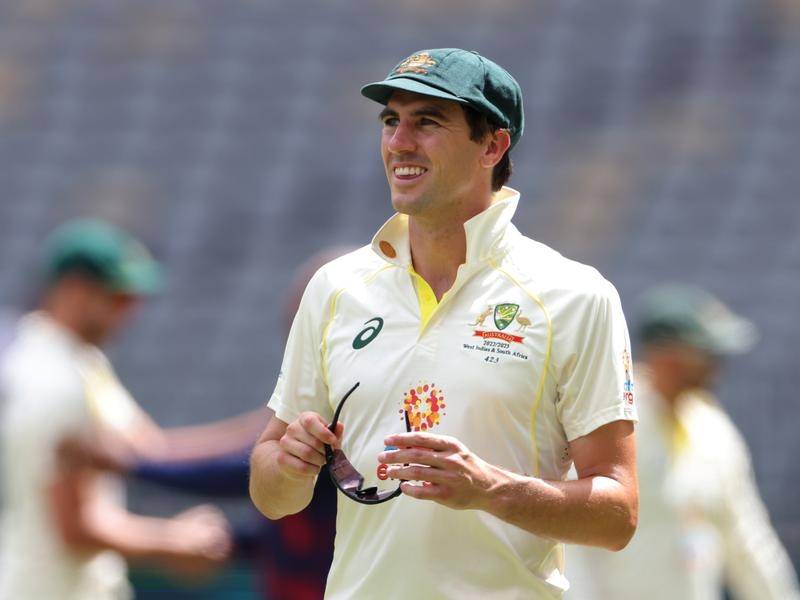 Australian captain Pat Cummins is expected to return but his pace partner Josh Hazlewood is long odds to feature in the Test series opener against South Africa.

The Australians on Monday will name a squad for the first Test against the Proteas starting Saturday in Brisbane.

Captain Cummins is considered a certainty to return from a thigh injury which sidelined him Australia’s second Test triumph against the West Indies in Adelaide.

Hazlewood, suffering a side strain, also missed the Adelaide Test which Australia won by 419 runs – their biggest victory, by runs, over the West Indies.

Replacement pacemen Scott Boland (0-29 and 3-16) and Michael Neser (2-34 and 3-22) impressed in Adelaide but one will be squeezed out of the South African opener by Cummins’ return.

Pat Cummins is certain to return from a thigh injury for the first Test against South Africa. (Richard Wainwright/AAP PHOTOS)