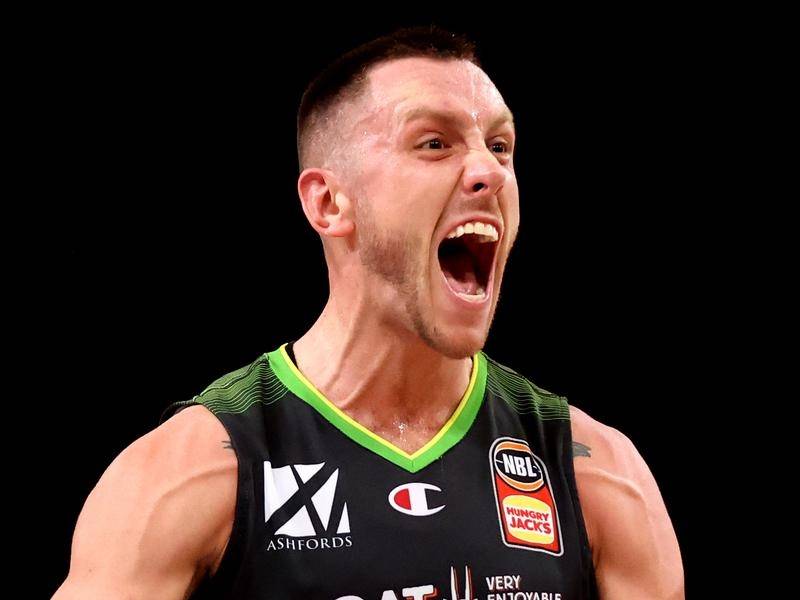 Red-hot South East Melbourne Phoenix have moved to third on the NBL ladder by thrashing the Adelaide 36ers 102-84 at John Cain Arena.

Mitch Creek (24 points) and Trey Kel (20) starred on Sunday for the title- contending Phoenix, whose third successive win lifted them ahead of Cairns.

Import Robert Franks (18 points) and unsung development wing Nick Marshall (15 points in 17 minutes) led the charge for the Sixers, who plummeted emphatically to their third consecutive defeat, with their season fast slipping away.

“We were pretty sharp without being great,” Phoenix coach Simon Mitchell said.

“There’s areas where we could have been better with our decision making but I’m not going to complain about (scoring) 102 points.”

Adelaide opened proceedings with the first two triples while Antonius Cleveland threw down a huge windmill dunk midway through the first term.

Mitch Creek led the scoring for South East Melbourne as the Phoenix defeated Adelaide in the NBL. (Brendon Thorne/AAP PHOTOS)