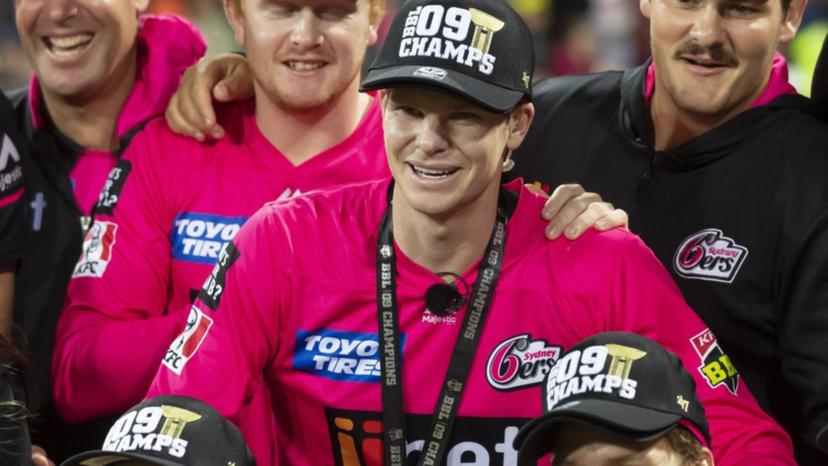 Steve Smith will play for Sydney Sixers in the Big Bash League this summer after the stand-off with Cricket Australia over his involvement was resolved.

Under a deal struck between Smith and CA, he will be added to the Sixers squad as a replacement player once an international star heads back overseas in early January.

Smith will then become available when the Test summer finishes on January 8, allowing him to play up to four regular-season matches.

Ordinarily, the role of a replacement player attracts payments of $2200 per game, but Smith will now receive a greater salary as part of marketing expenditure.

That offer from CA is similar to the one used to lure David Warner back to the BBL at the Sydney Thunder, but in this instance also includes a significant contribution from Cricket NSW.

Steve Smith will return to the Sydney Sixers for this season’s BBL. (Craig Golding/AAP PHOTOS)