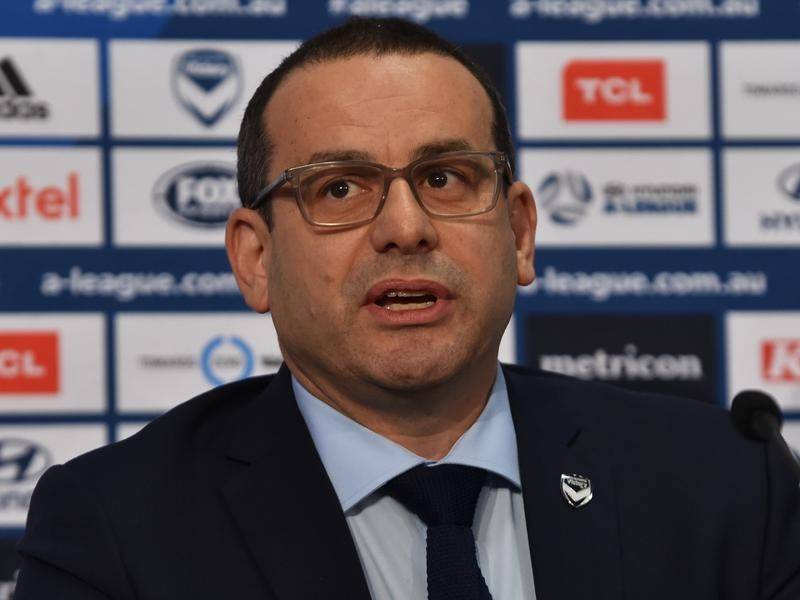 The Australian Professional Leagues have doubled down on their decision to move the A-League grand finals to Sydney for the next three years despite the “overwhelming” backlash that led APL board director Anthony Di Pietro to resign.

A League Grand Final 2016. The best Adelaide United memory. This is what you’ve taken from the fans. pic.twitter.com/VP6dO109yU

Announced on Monday, the APL board’s lucrative deal with the NSW Government faced immediate criticism from fans and players and broke the A-Leagues’ tradition of permitting the highest-ranked ALM or ALW team to host the decider.

Well RIP A League.
You’ve given me endless football memories, bonds with players and the best set of football / #SokkahTwitter mates I could’ve ever dreamed of.
For that I’m grateful.
As for the corporates who ruined something beautiful; damn you and your cash grab.

Melbourne Victory chair Di Pietro had been one of five representatives from A-League clubs sitting on the board when it voted the proposal over the line but in a statement released Tuesday, said the uproar had left him with no choice but to step down.

I’m lost for words really. I just don’t know where this all ends up. I love this league with all my heart (too much) since day 1 & you’re gonna blow it all up for some tourism package. Shame. #ALeague

Di Pietro claimed staying on the board would have impinged on his ability to serve Victorian football fans’ interests and along with Victory managing director Caroline Carnegie, pleaded with the APL to reverse its decision.

After years of trying, APL, @drt15 and @aleaguemen have finally found a way to unite all football fans around Australia. They’ve even got #SokkahTwitter speaking with one voice. Sure, they’re all united AGAINST their decision, but hey, can’t have everything. #ALeague #ALeagues

“While I know first-hand the decision by APL was made with a view to growing the game and creating financial sustainability for the League, the fan and member sentiment has been overwhelming,” he said.

“We have urged APL to pause this plan and consider an alternative that supports the growth and stability of the League while also allowing both the Men’s and Women’s A-League Grand Finals to continue to be played in the city of the highest ranked qualifier.”

But Di Pietro’s comments have not moved the APL, which released a statement of its own late on Tuesday night.

The remaining A-League club representatives sitting on the board were listed as signatories, including Perth Glory chair Tony Sage, who told AAP on Monday that the decision had “disenfranchised” fans.

“As a result of the consensus achieved in this meeting, APL is committed to this new and significant partnership and the resulting generation of important new funds for football – all of which will be invested into the growth of the game.”

The statement comes after Victory and Melbourne City fans revealed plans to protest the grand final move by staging a walkout in the 20th minute of their derby this weekend.

“But for me as a player, I’ll just go out there to perform and I support our fans to hopefully stay there for 90 minutes of the game.”

But reigning ALM champions Western United lashed the move, saying they were not consulted as one of the clubs without representation on the APL board.

“We do not support the A-League Men’s, A-League Women’s or the E-League grand finals being played in Sydney for the next three seasons,” a club statement read.

“Western United is a young club that is being built for the football fans in the west of Melbourne and Victoria.

“We strongly believe that they are entitled to attend a grand final in their home state should we be successful in earning the right to do so.”

Wellington Phoenix, also unrepresented on the board, released a statement saying they too were left in the dark.

“We understand the fans are emotional about this and are passionate about the grand final structure we’ve had,” Townsend said on Tuesday.

“We certainly don’t want to see walk-outs but I’m sure we’ll work with fans over the next couple of days to try and help them better understand the rationale behind our decision.”

Melbourne Victory chairman Anthony Di Pietro has quit his position on the APL board in protest. (James Ross/AAP PHOTOS)