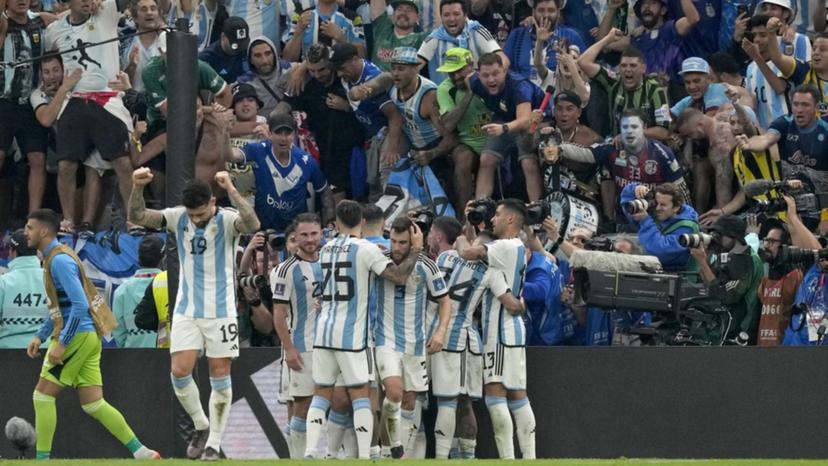 Lionel Messi is back in the World Cup final with Argentina on his mission to win soccer’s biggest prize for the first time.

And, at 35, he could hardly be playing any better.

Messi converted a penalty and had a hand in the other two goals by Julian Alvarez, leading Argentina to a 3-0 win over Croatia on Tuesday (Wednesday AEDT) that set up a meeting with either France or Morocco in Sunday’s title match.

It will be Messi’s second World Cup final – Argentina lost the other one to Germany in 2014 – in what might be his last appearance at the tournament.

It could yet be the perfect way to go out for a player widely regarded as one of the game’s all-time best players.