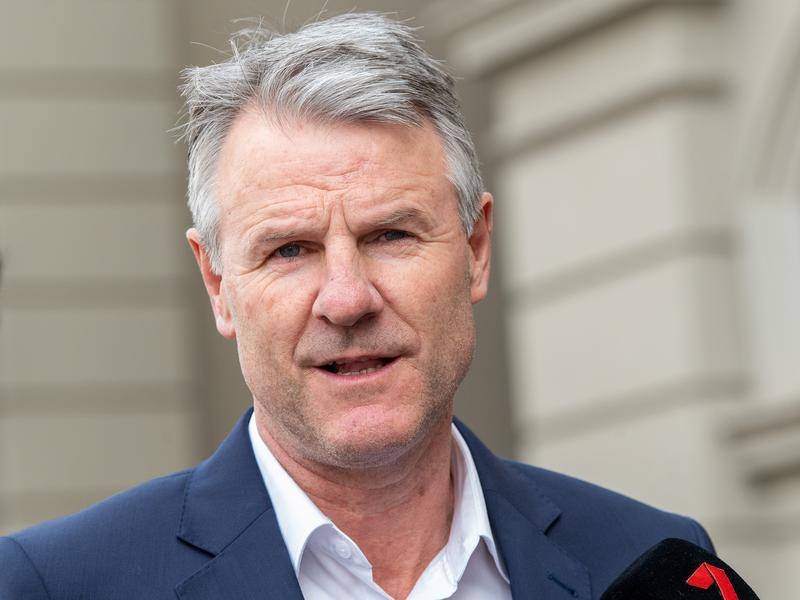 The victory of board challenger Gowers via a member vote was confirmed at Tuesday night’s annual general meeting (AGM) at the Hawthorn Town Hall, concluding a fractious and fiery election campaign.

Former Victorian deputy premier and Labor figure James Merlino has also been elected to Hawthorn’s board.

Voting closed last Friday after the ballot was open for three weeks.

Gowers, who was the Hawks’ football director during their 2013-15 premiership three-peat, was endorsed by the ‘Hawks for Change’ group and ran on a mandate for change at the AFL club, namely ending the Kennett era.

When Kennett announced he would stand down, Nankivell was named his preferred successor.

But any hopes the Kennett camp had of a smooth transition was dashed when Gowers chose to stand for election.

The election split the self-termed “family club” into Gowers supporters and Nankivell backers amid an increasingly spiteful campaign.

During his tenure, Kennett has been a constant critic of the AFL and has also consistently disparaged the Labor state government.

His attacks on the Daniel Andrews government were slammed by Gowers as “late night tweets” that cost Hawthorn financially as they aim to build a new $100 million headquarters at suburban Dingley.

Kennett later conceded his public criticism of Victoria’s state government had cost the AFL club $15 million in funding for its new headquarters.

Both sides scuffled over the decision to make incumbents Katie Hudson and Anne- Marie Pellizzer, the only women on the board, stand for re-election.

The election came at a fraught time for the Hawks, with an ongoing independent investigation into bombshell claims of racism at the club from 2008-16.

At the 120th Hawthorn AGM, Andy Gowers (pic) has been elected to replace Jeff Kennett as president. (Will Murray/AAP PHOTOS)