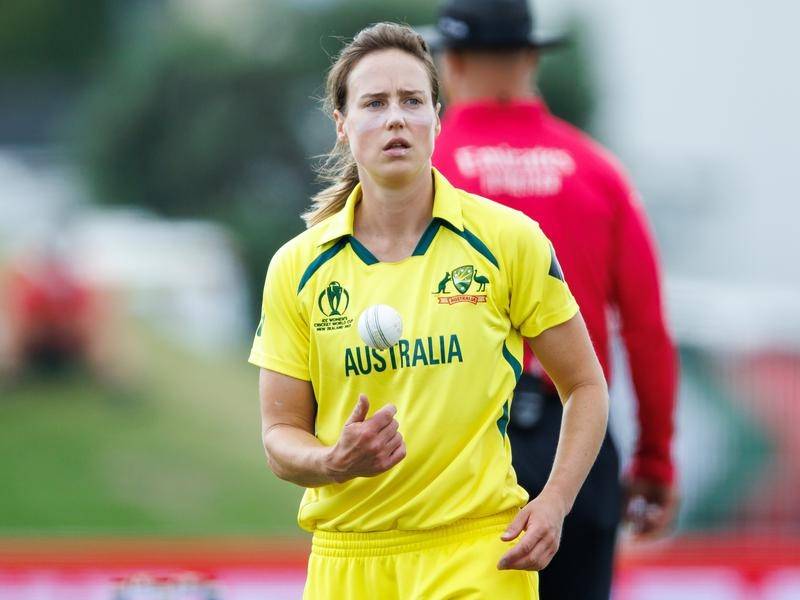 Australia’s returning great Ellyse Perry has underlined her enduring excellence with a match-winning innings to put her side back in charge of the T20I series in Mumbai.

And while the veteran allrounder proved as commanding as ever, it was rising teenage quick Darcie Brown who also shone with the ball to ensure Australia earned a 21-run win at Brabourne Stadum on Wednesday that puts them 2-1 ahead in the five-match series.

Perry, back in her first T20I series for 14 months, hammered a brilliant 47-ball 75, the highest score of her international career in the short format which she carved out when Australia looked in a real spot of bother.

Perry, still ODI cricket’s No.1 allrounder, had taken a couple of key early wickets in the Australians’ opening-game win last Friday and this time, in her first knock in a T20I since October 2021, she shone with the bat to come to her side’s aid early on.

Fresh from their first defeat all year in a Super-Over classic on Sunday that levelled the series at 1-1, Australia, inserted by the hosts, suffered a woeful start.

Healy was lbw to Renuka Singh in the opening over and Tahlia McGrath, just installed as the world’s top-ranked T20I batter, followed in the next, bowled by Anjali Sarvani.

But the 32-year-old Perry, back in the fold after missing out on T20 selection for the Ashes and Commonwealth Games, reminded everyone why she’s one of Australia’s all-time greats as she wrested back the initiative, racing to her fifty off 33 balls.

The Sydneysider, who eventually fell after hitting nine fours and three sixes, had early help from Beth Mooney (30), who finally got dismissed for the first time after scoring 201 runs across the three matches.

Then, Grace Harris’s rollicking cameo – three sixes in a 17-ball 41 – also helped Perry take the game away from the hosts, pushing Australia to an above- par 8-172. “The impact that Harris had was remarkable,” said Healy.

Harris had been one of three players drafted in by the Australians, with Nicola Carey and Brown also coming in for Phoebe Litchfield, Heather Graham and Kim Garth.

But it was Brown (2-19 off four overs) who proved the key for the visitors despite a nightmarish start when she sprayed five wides in her opening over.

Next over, though, the 19-year-old got Sunday’s matchwinner Smriti Mandhana caught at mid-off before trapping Jemimah Rodrigues a couple of overs later.

She also looked to have got rid of India’s danger woman Shafali Verma (52 off 41 balls) only to get called for a no-ball for overstepping, but Carey had the teenage star caught soon after as the hosts faded to 7-151.

Perry also chipped in with one very handy mid-innings over which went for just two runs as she thoroughly enjoyed being back on centre stage.