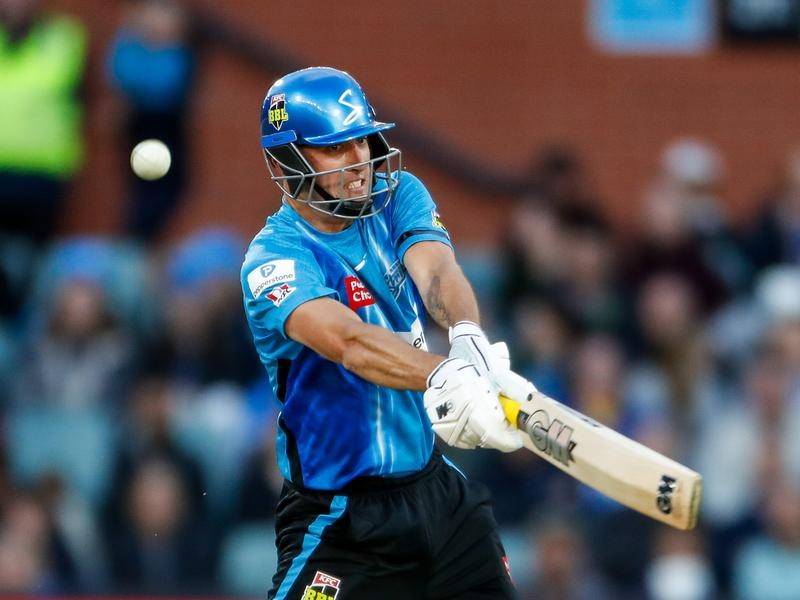 Matt Short believes he was fortunate to survive the BBL’s historic first-ever DRS challenge, before making the most of his second life to spearhead the Adelaide Strikers to an emphatic 51-run trouncing of the Sydney Sixers at Adelaide Oval.

Batting first, the Strikers plummeted temporarily to 2-2 on Wednesday when Short, on one, was adjudged lbw to Sean Abbott by umpire Bruce Oxenford.

Short was ready to walk before batting partner Chris Lynn urged him to review the decision.

Television replays confirmed the ball was missing and Short went on to stroke a classy 84, masterminding the Strikers’ imposing 6-184, before Henry Thornton’s career-best 4-20 helped limit the Sixers to a paltry 7-133 in reply.

“I was probably thinking it was going to hit or at least umpire’s call,” Short admitted.

Matt Short top-scored for the Strikers against the Sixers in the BBL. (Matt Turner/AAP PHOTOS)