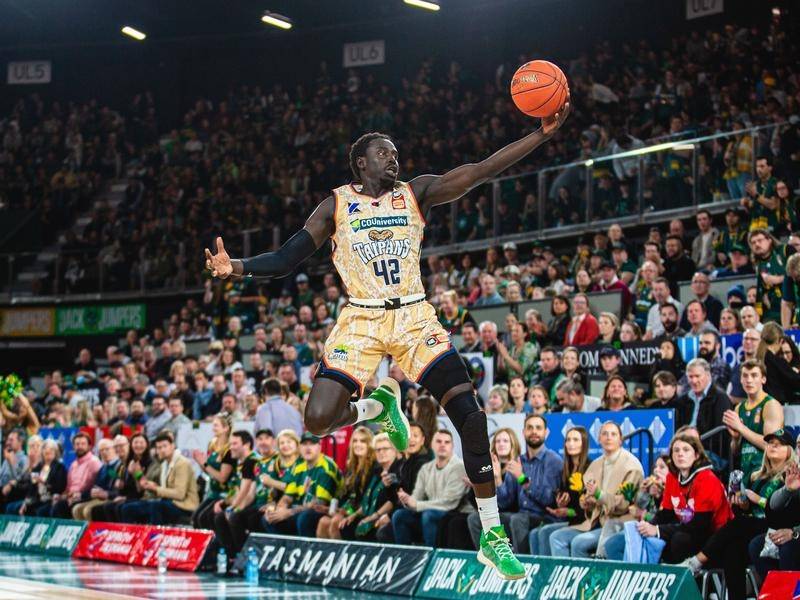 Bul Kuol fired in 23 points as Cairns Taipans withstood a late challenge from the struggling Brisbane Bullets to claim an 85-76 NBL victory in the all- Queensland battle.

The Taipans held the lead for the majority of Wednesday night’s clash at Cairns Convention Centre but were forced to navigate some anxious moments after the Bullets recovered from a 15-point deficit in the closing stages.

Late baskets from Nathan Sobey and Gorjok Gak reduced the margin to six points inside two minutes to play, and Sobey missed an opportunity to make it a one- possession game with an off-target three-point attempt.

But Taj McCall and Kuol iced the game from the free-throw line as the Taipans claimed their ninth win of the season to remain on track for a return to the NBL playoffs after a two-year absence.

Bul Kuol led the way for Cairns in their NBL win over Brisbane. (Linda Higginson/AAP PHOTOS)