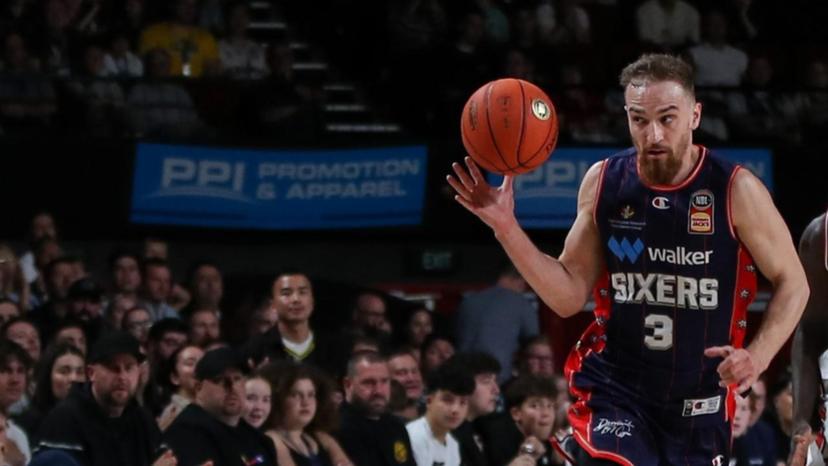 Antonio Cleveland’s fourth-quarter explosion has helped the resurgent Adelaide 36ers mow down the Tasmania JackJumpers for a 93-82 NBL win at the Adelaide Entertainment Centre.

After making a rapid start on Monday night, the Sixers lost their way in the second quarter before finishing with a bang, outscoring Tasmania 24-7 down the stretch to join them in the mid-table finals mix with an 8-8 record.

Cleveland scored 12 of his 20 points in the final term, including eight unanswered points in one inspired 40-second stretch, to pilot the Sixers’ late surge to the finish line after they trailed by six points mid-quarter.

“We stayed together,” Cleveland said.

“Tassie came back and punched us like we knew they would, then we punched them back and finished the game out.

“We kept aggressive, uptempo and played off the crowd.”

The athletic Cleveland and Robert Franks look set to have a third stud import joining them as soon as Tuesday morning with reports Ian Clark, an NBA champion with Golden State Warriors and NBL champion with Sydney Kings, will be officially signing.

Clark is expected to arrive in the country on Thursday and be in uniform for Adelaide’s Christmas Eve clash with South East Melbourne Phoenix.

Milton Doyle (18 points) top-scored for the JackJumpers but had his hands full all night thanks to Cleveland’s sterling defence.

After forging ahead 33-22, the Sixers were outscored 22-12 in the second stanza, the JackJumpers frustrating the home side and turned the match around with their famed disruptive defence which slowed Adelaide’s run.

After Tasmania led 44-41 at halftime, Adelaide briefly took the lead early in the third before the visitors went on a 15-2 tear to push ahead by seven points.

The 36ers bounced back to tie the scores at three-quarter-time before the JackJumpers, piloted by Doyle, pushed ahead 75-69 in the fourth.

From that moment, the Islanders were foiled by the Cleveland show, the athletic American showcasing his full repertoire of steals, dunks and threes to catapult the Sixers home.

“One of our focuses was making sure we take care of the glass and they just pounded us,” JackJumpers coach Scott Roth said.

“That fuelled them to get extra possessions and extra shots.

“Their workrate was much higher than ours.”