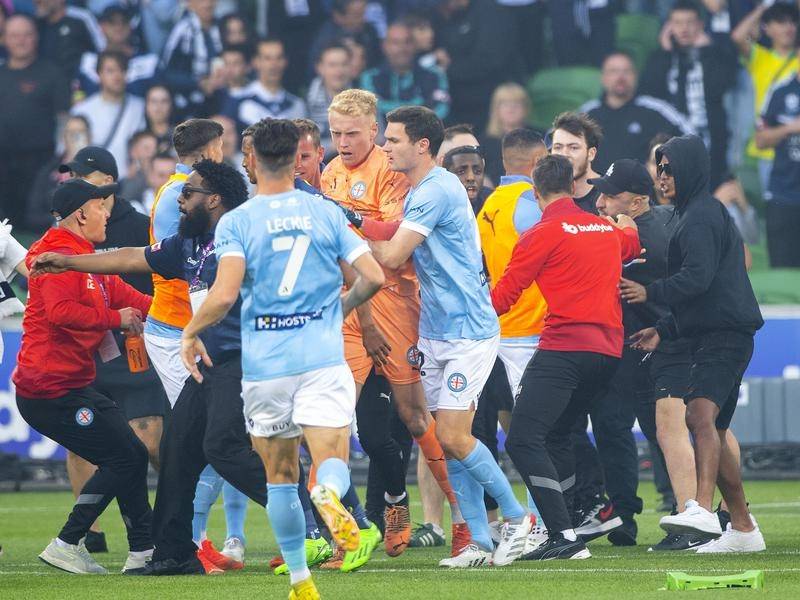 Melbourne Victory are preparing their response to Football Australia’s show cause notice for their fans’ violent derby pitch invasion as the A-Leagues powerhouse braces for point deductions, fines and crowd bans.

Victory have until 9am AEDT on Wednesday to show why they “should not face serious sanctions for bringing the game into disrepute” after their active fans stormed the AAMI Park pitch on Saturday night, forcing the abandonment of their A-League Men match.

Melbourne City goalkeeper Tom Glover was hit by a metal bucket wielded by a pitch invader and referee Alex King was also injured, while a television cameraman was struck by a flare.

Victory and FA have been inundated with information from supporters and the general public while Victoria Police confirmed on Monday three men had been charged for their roles in the pitch invasion.