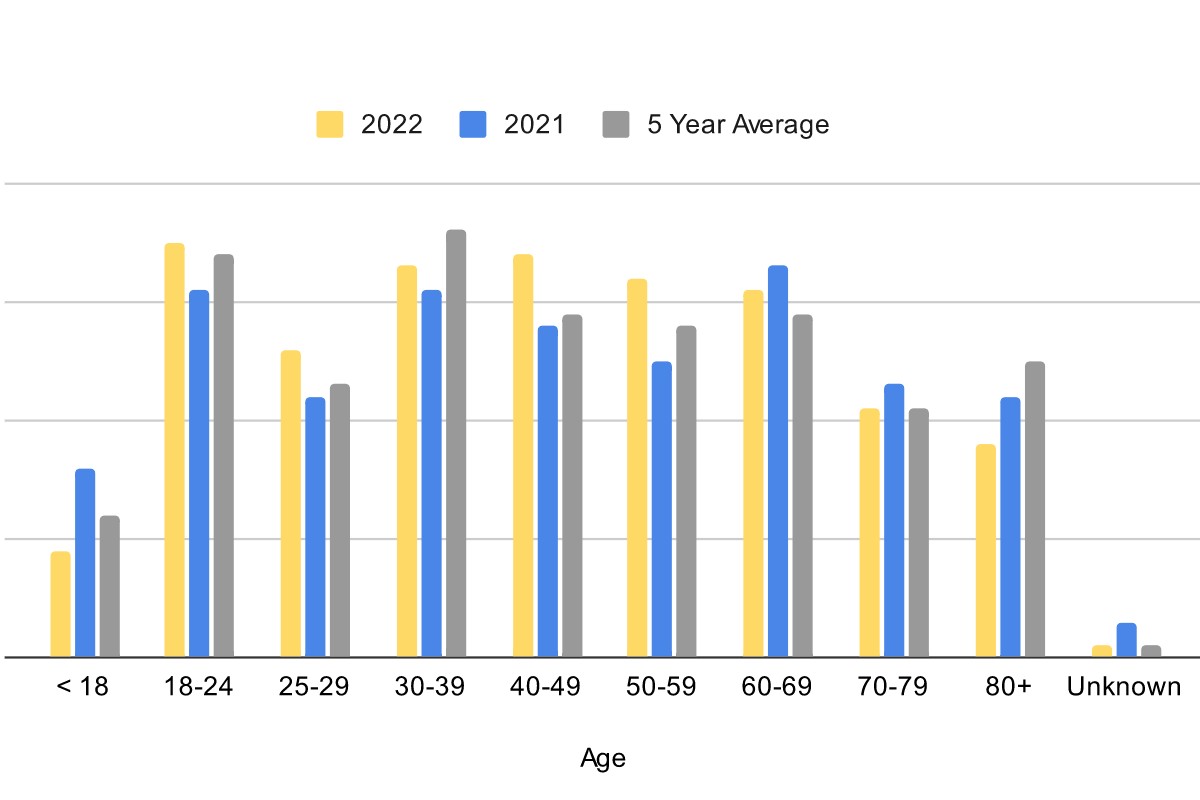 The number of people killed on country roads in 2022 has risen compared to 2021, with 11 fatalities around Geelong and the Surf Coast.

Victoria Police says Speeding, including driving too fast for the conditions, was the leading suspected cause of fatalities statewide.

“These are not just numbers – each represents a mother, father, brother, sister, child or friend whose life has been needlessly cut short.

“Many people will be celebrating the start of the new year but our thoughts are with the family and loved ones of those who will never get the chance to see in 2023.

“The rise in motorcyclist and pedestrian fatalities over the last 12 months is especially concerning. We’re also seeing increased trauma in country areas.”

Analysis of the lives lost provisional figures in 2022 shows:

• The 240 lives lost has resulted from 238 separate fatal collisions.

Please note: The figures released today are provisional only and subject to change as some deaths may be removed or added for a number of reasons. The Road Fatality Review Panel will meet in February 2023 before final figures for 2022 will be available.