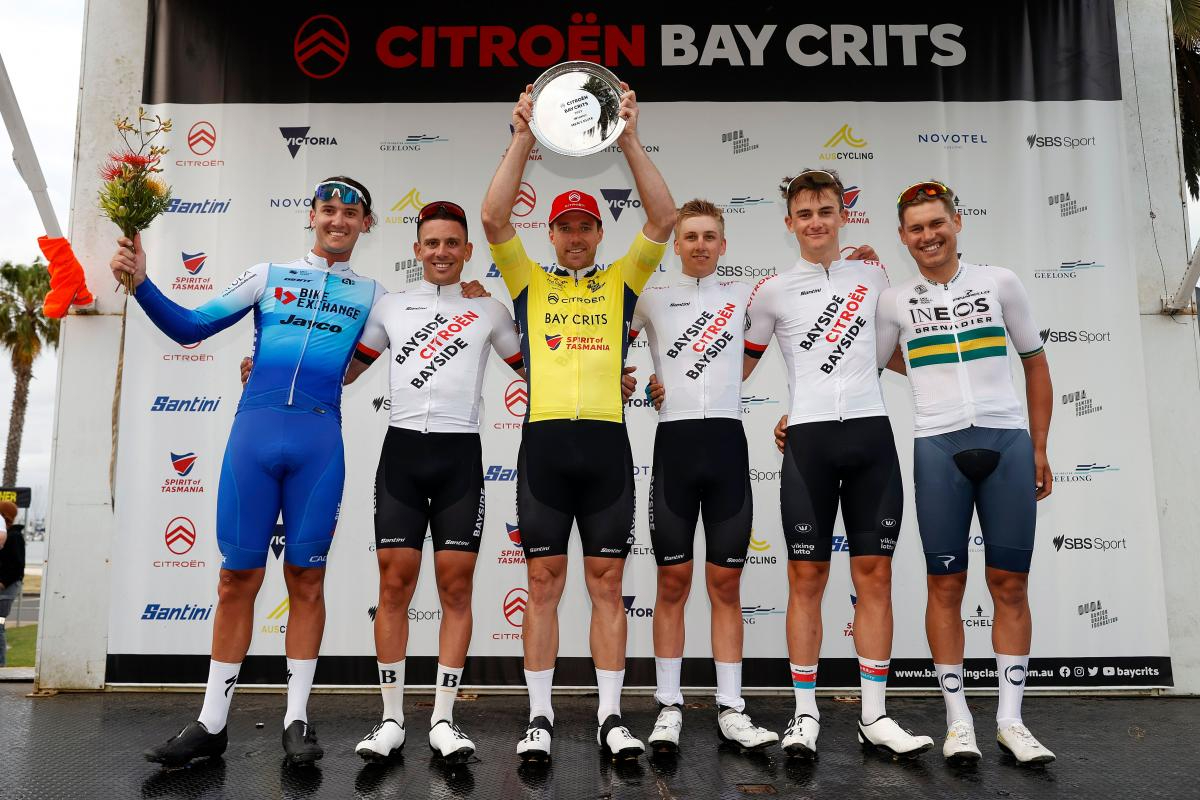 A 20 year career has been finished with an exclamation point for Brenton Jones, taking out the Bay Crits title on points count-back.

Jones finished took out the stage three victory, and Frislie could only manage third by the narrowest of margins behind Blake Agnoletto.

The victory for Jones brought him level with Frislie, both on 30 points but a count-back handed the title to Jones after taking out two stage wins to Frislie’s single stage victory.

It’s Jones’ second Bay Crits trophy after taking out the event in 2014, and pulled off the win in front of his Mum Karin and pregnant wife Lucy after earlier announcing this year’s race would be his last after two decades of elite level competition in Australia and abroad.

“I knew I had to do that, I knew I had to win the stage. I knew he had to get third or worse and he did. Two stage wins, and equal points, two stage wins, wins. And the last day I finished in front. Incredibly proud of Graeme’s ride as well. I respect him as a teammate last year. But to get my second win overall here is amazing and to end my career like this is fantastic. I’m really looking forward to the future now.”

“You saw Plappy at the start, Ferg and the rest of the boys during the race and then Blake (Quick) leading me out like I did for him last year. The camaraderie there is amazing and I’m incredibly proud to do it again.”