Aussie Price closes up to second in Dakar 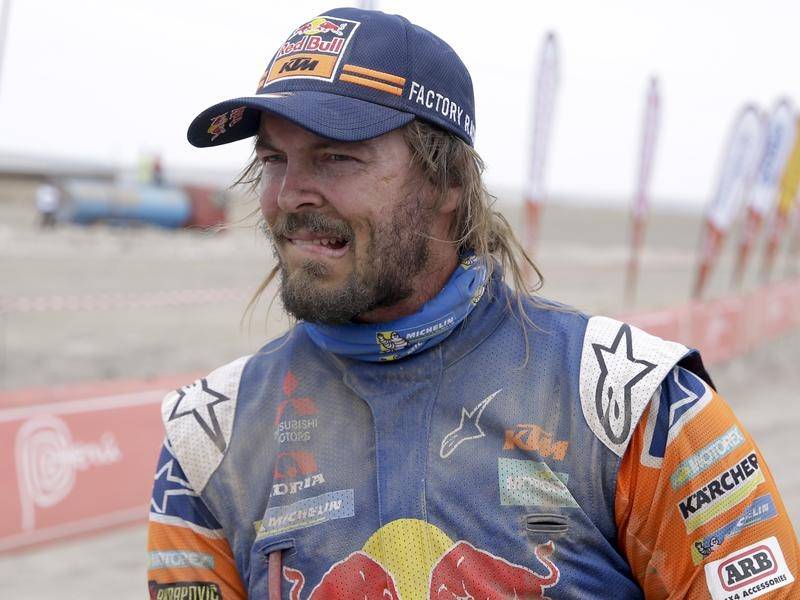 The race to find motorcycling’s king of the desert has grown even closer with Australian star Toby Price now only 28 seconds down in the runner’s-up spot in the Dakar Rally.

Seeking a third Dakar crown, the Gold Coast rider is less than a half a minute down on Husqvarna’s Skyler Howes, who edged back into the lead after Thursday’s 11th stage, with only three now remaining before Sunday’s finish in Dammam.

Price’s Argentine Red Bull KTM teammate Kevin Benavides, the overnight leader, slipped back to third place, still only 2:16 behind the Australian in what is shaping up as a fantastic finale to the two-week marathon in Saudi Arabia.

Winner on Thursday was Benavides’ brother Luciano, who took his third stage of the fortnight, while Australian Daniel Sanders (Red Bull GasGas) was runner-up on the day ahead of his friend Price, who came home third.

That put early race leader Sanders seventh overall, 21:40 down on Howes, who was enjoying a sixth day at the head of the standings and was left conceding: “It’s going to be tight going all the way in to the finish, which is super exciting”.

Sanders was hampered by a painful thorn in his arm which he reckons will need surgically removed when he returns home but he’s been making an impressive late run.

Price was grateful for avoiding a navigation error earlier in the stage that caused problems for his nearest rivals.

“For sure, starting further back was a little bit of a better option today,” he told the race website.

“We had a good day, no crashes, no nothing, so it was good. We pushed where we could and tried to minimise the risks as much as we could and not lose so much time, but starting from the back, for sure, it meant we could try and gain some time.

“I feel like I didn’t lose too much time. It looks like it’s not a bad result. We’ll keep fighting because there’s still a long way to go and see what we can come up with.”

In the cars race, Sebastien Loeb earned his fifth stage win of the rally, and his fourth in a row, to put himself 9:37 behind second-placed Lucas Moraes but still but more than an hour and a half behind runaway Toyota leader Nasser Al Attiyah.

Australian Toby Price is now just 28 seconds off the lead nearing the conclusion of the Dakar Rally. (AP PHOTO)