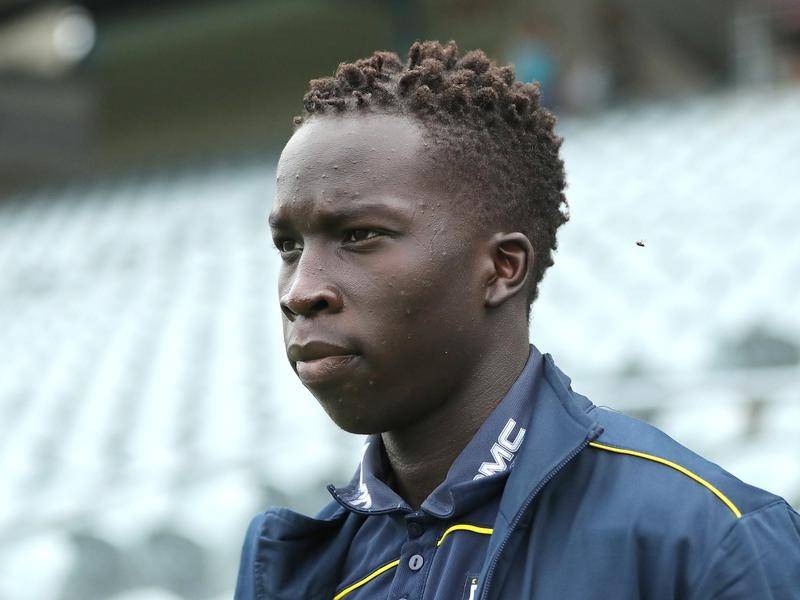 Excited Garang Kuol believes he’s made the right decision to join three of his Socceroos colleagues in a loan deal at Scottish top-flight club Heart of Midlothian for the rest of his season.

The brilliant 18-year-old attacker finally sealed his deal with Hearts on Thursday after his Premier League club Newcastle were inundated with offers for the services of the lad hailed as the hottest prospect in the Australian game.

Fresh from his heroics at the World Cup where he became the youngest player since Pele to feature in the knockout rounds, Newcastle are content Kuol will get valuable experience of the British game alongside his three national team colleagues in Edinburgh – Kye Rowles, Cammy Devlin and Nathaniel Atkinson.

“I am very happy to be here. I can’t wait to play here in front of these amazing fans. I just felt it was a great team, with great fans, a great stadium, and a great history,” Kuol told Hearts TV after the deal was sealed.

“The gaffer (manager Robbie Neilson) also persuaded me to come here with the plan that he put to me for my development.

“Overall, the club has great ambitions and goals and that was something I wanted to be involved in. I think it was a very good decision.”

Kuol knew Rowles well in their spell at the Central Coast Mariners.

“He was one of the senior players at the time, but he is a great guy and someone who has helped me a lot,” said Kuol.

“As for Cammy, I have known him since about September and we just struck up a connection straight away.

“I met all the other lads today and all they seem great lads and I can’t wait to get to know them more.”

Hearts’ Aussie contingent have ensured the Edinburgh side, known as the ‘Jambos’, are now proud of their growing band of ‘Jamboroos’.

Kuol could go straight into the squad for Friday night’s Premiership match with St Mirren if he can get his international clearance in time.

Neilson was delighted Hearts beat a host of suitors to the signature of the youngster, who’s surplus to requirements on Tyneside for now as Newcastle shoot for the title.

It’s good news for Neilson, who told the club website: “We’re getting a player who is by no means the finished article but there is a lot of talent there.

“You don’t get called up to and play in the World Cup for nothing.

“He’ll offer us new options going forward as we look to continue our good form and continue to make progress in the league and in the Scottish Cup, and we’re really looking forward to working with him.”

Asked what Hearts fans could expect of him, Kuol smiled: “I would say I am a positive player, who tries to get the ball forward and someone who works hard to get goals and assists to help the team.

“I just can’t wait to score in front of these fans at Tynecastle and do a knee- slide celebration.”