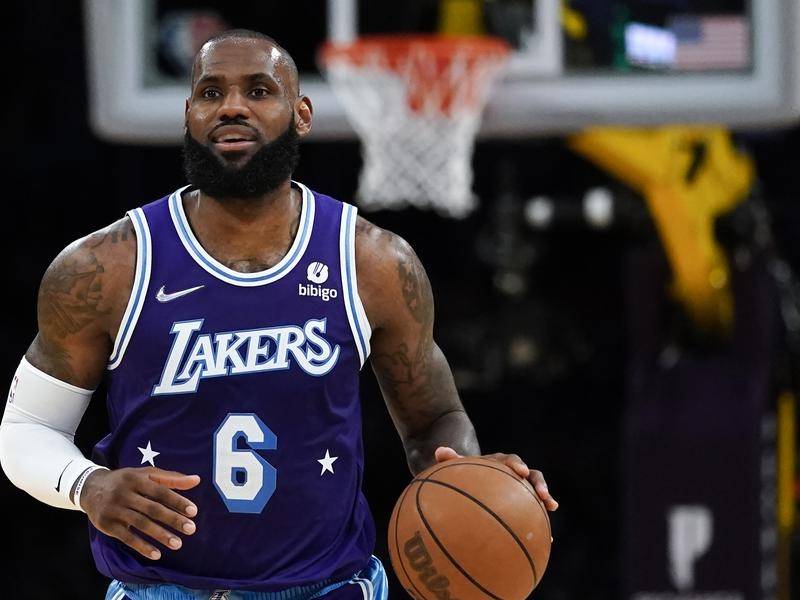 LeBron James is well on his way to catching Kareem Abdul-Jabbar on more than the NBA’s career scoring list.

James is on pace to be an All-Star for the 19th time, after the NBA said on Thursday that he remains the overall leading vote-getter for the February 19 showpiece game in Salt Lake City.

Abdul-Jabbar is the only 19-time All-Star in NBA history, with Los Angeles Lakers’ legend James and Kobe Bryant 18-time selections.

James, who is only 423 points away from passing Abdul-Jabbar as the NBA’s all- time scoring leader.

James had 4,825,229 votes going into Thursday, which puts him in position to be a captain for the sixth consecutive year — and possibly opposing Kevin Durant for the third straight time.

Durant, the Brooklyn Nets star who is expected to miss about a month after spraining a knee ligament earlier this week, is the top vote-getter in the Eastern Conference, with 4,509,238.

The top three frontcourt players and top two guards in each conference will be chosen as starters, with the leading overall vote-getters from each conference serving as captains and choosing their teams.

Golden State’s Stephen Curry leads all guards in the balloting with 3,901,808 votes, with Dallas star Luka Doncic No. 2 behind Curry among West guards with 3,649,647.

The top two vote-getters among East guards were also unchanged: Brooklyn’s Kyrie Irving leads with 3,024,833 votes, and Cleveland’s Donovan Mitchell is second with 2,725,558.

Fan voting counts for 50 per cent of the starters balloting, a media ballot counts for 25 per cent and the ballots turned in by NBA players count for the other 25 per cent.