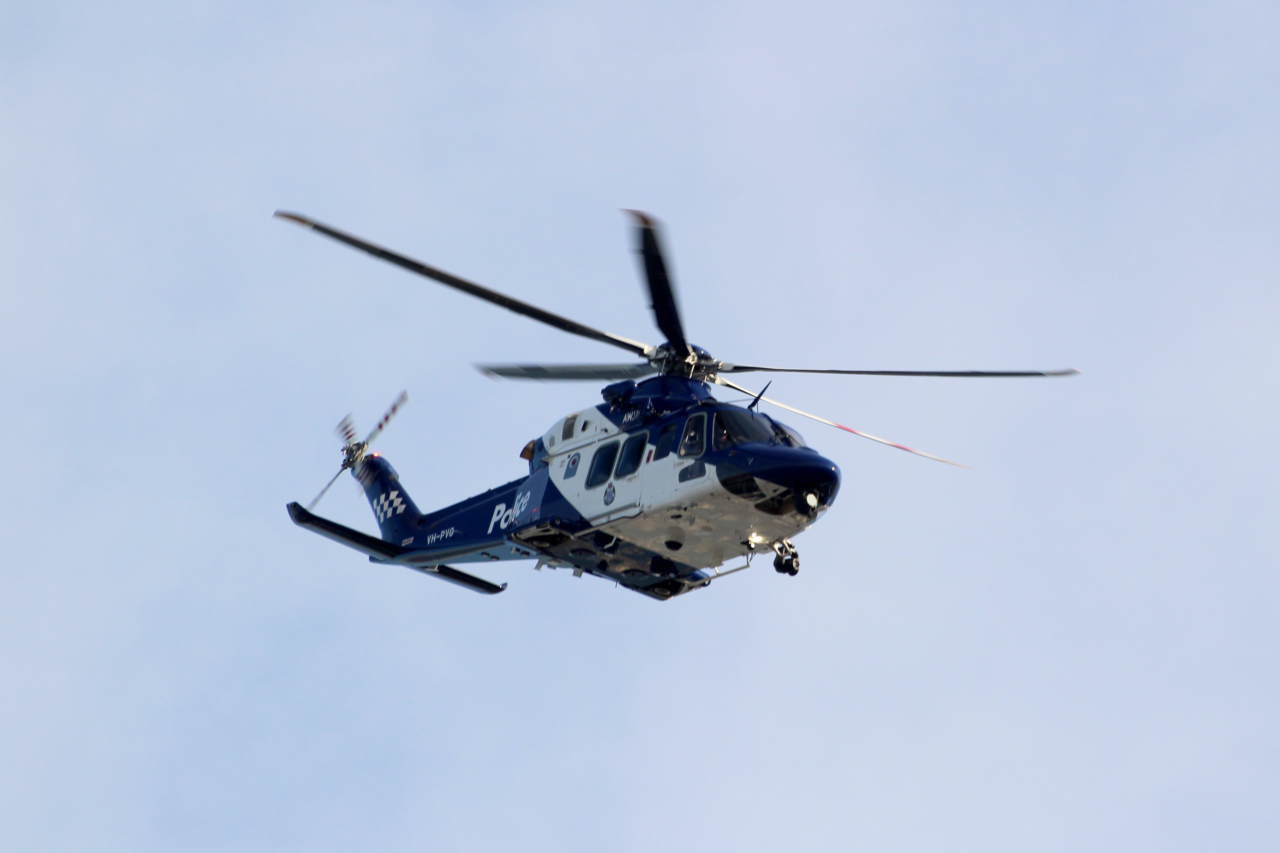 The Air Wing locked onto the motobike rider travelling in excess of 200km/h on the Melton Highway at Melton on Thursday afternoon.

The rider hooned through Truganina, Hoppers Crossing and Werribee in an attempt to shake the chopper, including riding on the wrong side of the road before going offroad.

Police arrested a 21 year old man at Presidents Park in Wyndham Vale a short time later and allege he was the motorbike rider.

The Melton man currently holds an expired Learner’s permit, and has been given a number of charges including reckless conduct endanger serious Injury, dangerous driving whilst being pursued, fail to stop on police direction, three counts of exceed speed limit, overtake when unsafe and unlicensed driving.

Police are asking for anyone who might have witnessed the motorcycle speeding, or have information that might assist police with their inquiries to contact Crime Stoppers on 1800 333 000, or submit a confidential report online at www.crimestoppersvic.com.au